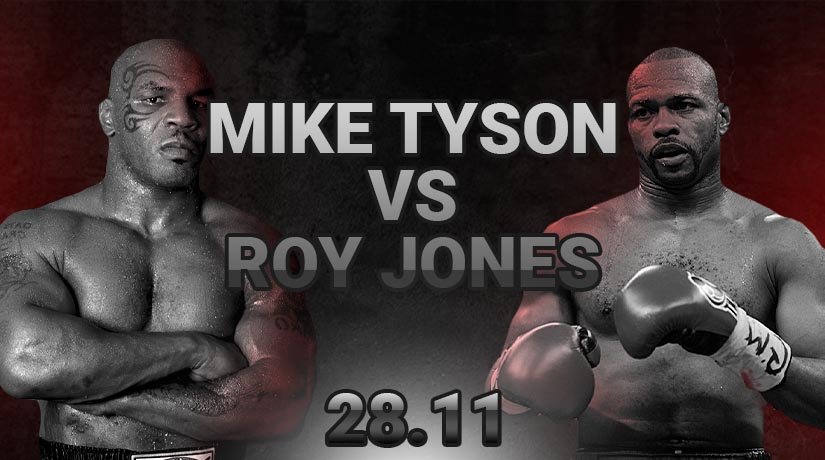 Just when you thought 2020 couldn’t get any weirder, major sports publications broke the news that former world heavyweight champion Mike Tyson will be returning to the ring. The one-time Baddest Man on the Planet faces off against another former boxing superstar in Roy Jones Jr. Find the prediction for Mike Tyson vs Roy Jones Jr below and check out the full card for the night here.

What has been described as an exhibition match takes place on Thanksgiving Weekend in America with the Staples Center in Los Angeles playing host. Tyson and Jones may be a long time retired and well into their 50s now, but both appear to be in tremendous physical shape, promising to put on a show for fight fans.

The great news is you don’t have to visit LA to follow Tyson’s long-awaited comeback, it’ll be beamed across the globe via major television stations, as well as pay-per-view networks. A bumper audience is expected to tune in, but will they see two gladiators relive former glories or two fighters well past their sell-by-date slugging it out for one last bit of fame? We’ll find out when the first bell chimes on fight night.

Tyson’s personal problems outside of the ring have been well-documented over the years, battling drug addiction, mental health issues and even massive weight gain. It is, therefore, extraordinary to see him in such great shape and back fighting fit at 54-years-old.

Two weeks out and @MikeTyson is yoked 👀 pic.twitter.com/VZ1Ebr1nmP

An age most men are contemplating slowing down, Iron Mike wants to show he’s still got it. The world-famous heavyweight was beaten in his final professional fight, stopped in six rounds by little-known Kevin McBride. It was a sad way to go for the former king and erasing that memory may play a major part in this comeback. He’ll be desperate to go out with a bang.

Superman went out on a high

Jones is just as big a name in sport as the man starting in the opposite corner and many boxing fans would argue he achieved much more during his career. He won world titles in four different weight categories from 1989 to 2018, starting out as a middleweight before moving through the divisions, even sampling life at heavyweight.

Superman earned his nickname and called time on his career with a record reading 66 wins against nine defeats with 47 of his victories coming by way of knockout. He was unbeaten in his last four fights since being stopped in four rounds by Welshman Enzo Maccarinelli in 2015. Jones was last seen beating Scott Sigmon on points in 2018.

It’s worth remembering this is an exhibition fight and there’s a clause in the contract that stated if either man is hurt, his opponent shouldn’t go for the knockout. It’ll be difficult to enforce that in the heat of battle as two proud warriors get caught up in the moment. Tyson has the power, but Jones boasts the lion’s share of the raw power and has more chances to win, but the victory wouldn’t come easy.

Make sure to bet on Mike Tyson vs Roy Jones with 22Bet!