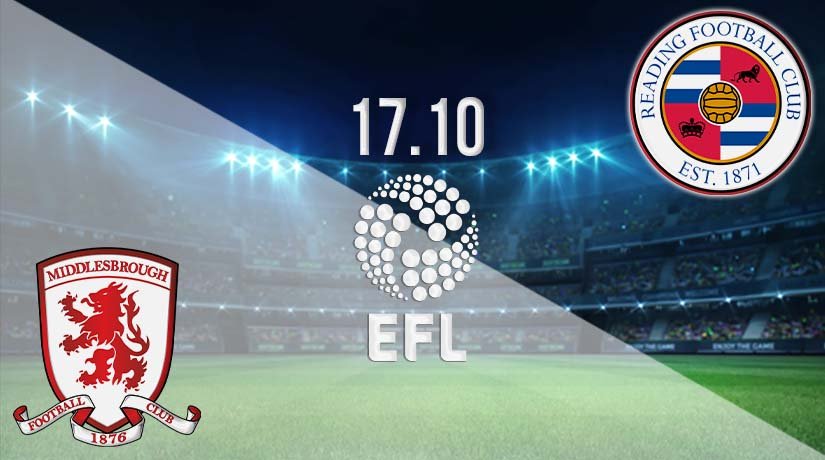 Followers of English football welcome back the Championship this weekend and there’s a hectic Saturday ahead with teams battling for points at both ends of the table. Middlesbrough invite Reading to the Riverside with the visitors sitting top of the table and looking to maintain their 100% start to the season.

Middlesbrough can be found 10th in the Championship after four games with their stats for the campaign so far showing one win and two draws against a defeat. The Smoggies have notched four goals but conceded the same number and that gives the coaching staff plenty to think about. The locals must start turning chances into goals if they are to put pressure on the promotion playoff places and force a return to the Premier League.

Boro are unbeaten in their last three outings with a pair of draws followed by victory last time out. The locals went into the international break on a high after beating Barnsley 2-1 at this venue. The win was rather more comfortable than the final score suggests, goals from Howson and Akpom putting Boro in a commanding position before Woodrow hit a reply from the penalty spot late on.

Royals top of the table

Reading haven’t put a foot wrong so far this season and can be found joint top of the Championship with 12 points on the board after four games. The Royals are level with Bristol City, and it will be fascinating to see which of the leaders blink first and concede ground. It has been an impressive start from Reading, but fans have seen it all before and will hope the club can find the consistency needed to challenge next year.

They were last seen in action beating Watford 1-0 at home thanks to a winning goal scored by Puscas just before half-time. The fact the Hornets were playing Premier League football last term makes that an important three points for Reading and the win would have done wonders for team morale as we head into the thick of a busy autumn.

Middlesbrough have been strong in defence so far and will need to show more of that organisation to get anything out of this match. Confidence is high in the Reading team and they’ll be looking to get the first goal.

Make sure to bet on Middlesbrough vs Reading with 22Bet!