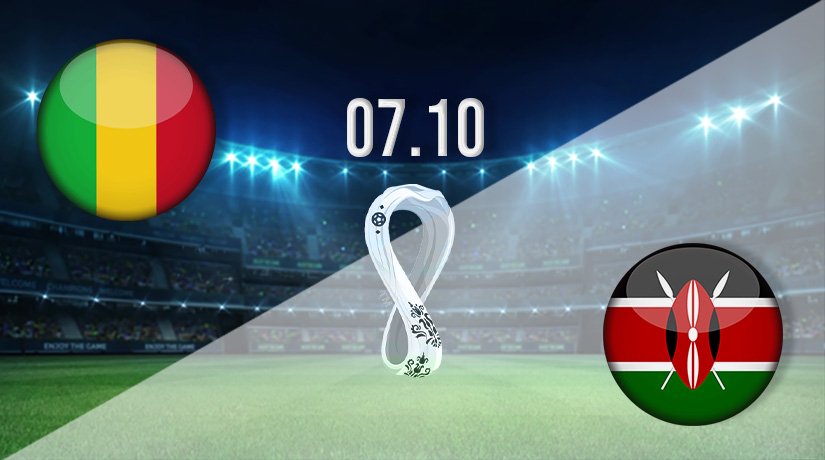 There’s plenty for followers of African football to get excited about this midweek as club competitions make way for the return of the World Cup qualifying campaign. Some of the best teams in Africa will be in action on Thursday as they aim to bag three crucial qualifying points and improve their chances of reaching the World Cup.

Qatar 2022 is the focus with the tournament scheduled to be played between November and December, as opposed to the summer months more accustomed to the World Cup.

One of the most interesting matches on the schedule sees Mali take on Kenya in Group E and with both sides battling for supremacy in the pool, this is expected to be an exciting 90 minutes of play. Mali leads the way after two games played but Kenya remains within touching distance of the lead, poised to launch an assault on their opponents.

Victory for Kenya would see them leapfrog their rivals into the top spot at the halfway stage while a win for Mali would see them take a firm grip of the division.

Interestingly, there is only one recorded meeting of these sides so those looking to rely on the stats to help with predictions will be disappointed. We must work harder to uncover those all-important hints and tips.

That meeting came in the African Cup of Nations in 2004 when Mali eased to an impressive 3-1 victory. Will this match be a case of repeat for Mali or revenge for Kenya? Let’s take a closer look.

Mali race into an early lead

Despite many pundits writing Mali off to reach next year’s World Cup they have started strongly and know top spot in the group is now in their own hands. They enter this match on a strong run of form and carry the confidence that comes from an unbeaten start. Mali’s record at this stage reads one win and a draw with one goal scored and zero conceded.

They are top of the pile at present and are the only team in the group with a victory against their name. The four points gained places them two ahead of Kenya and Uganda and three better than a Rwanda site rooted to the bottom of the pile.

Mali opened the campaign with a hard-fought win over Rwanda and they took confidence from that. It’s not a game that every pundit predicted they would win and they were made to work hard for the points but they came through with victory. The points gained are more important than the performance at this stage.

Picking up a win at the earliest opportunity gave Mali the jump on the other three teams in their pool and they knew they would move into a commanding position if they were able to match that effort on game two and win their opening two games.

It wasn’t to be as Mali were held to a goalless draw by Uganda early last month. It was another slog but another match where Mali showed their stomach for a fight. They rolled up their sleeves and faced a tough opponent.

Mali didn’t get the three points they were after that day but they did keep another clean sheet and that will be a real source of encouragement to the coaching staff. We are likely to see Mali set up to be organised in defence and quick on the break again in this match.

Kenya were early favourites with many football fans with an interest in the game in Africa. The Kenyans have the quality in their squad to compete for the top spot in the pool and have the experience to challenge for a place at next year’s World Cup.

Will we see the Africans mix it with the elite of international football? Time is on their side, but they are already playing catch up on their opponents after failing to win any of their opening two games.

The Kenyans opened with a goalless draw against Uganda, a match they were expected to win without encountering too much resistance along the way. They created plenty of scoring chances in that fixture but failed to put the ball in the net, and their punishment for that wastefulness in front of goal was two points dropped.

The players didn’t need to be reminded that it was a poor performance and a bad start to their challenge, but fans of Nigeria believed they would get things right at the second time of asking. Followers wanted to see them get their first goal and first win on the board.

Things didn’t go to plan for Kenya on matchday two when they stumbled to a second draw on the bounce. They were expected to beat Rwanda but managed only a point following another frustrating draw.

They did manage to find the scoresheet, but a goal in the second half wasn’t enough to win them the points, and they were held to a 1-1 by a Rwanda side that refused to give up. Everyone connected to Team Kenya will want to see much better here.

This is a fascinating contest and promises to be a thrilling 90 minutes for football fans choosing to follow the action live on television. Both sides need the points to improve their chances of winning the group and making it to the World Cup. Both teams will be confident in their ability to do just that so we could see an attacking game, one that pulls a shot-shy Kenyan team out of their shell.

There is plenty of talent in the attack of both Mali and Kenya, while both teams boast a strong defence. Will the managers send their players out to shoot for the win and take risks, or will this be a cagey affair? We could see Kenya stumble to a third draw on the bounce, and that’s a result that would suit Mali more than their opponents.

22bet members can make their predictions on this match with a long list of gambling markets available. Mali is 1.87 to get the win with Kenya 4.44 and the draw 3.4.

Make sure to bet on Mali v Kenya with 22Bet!