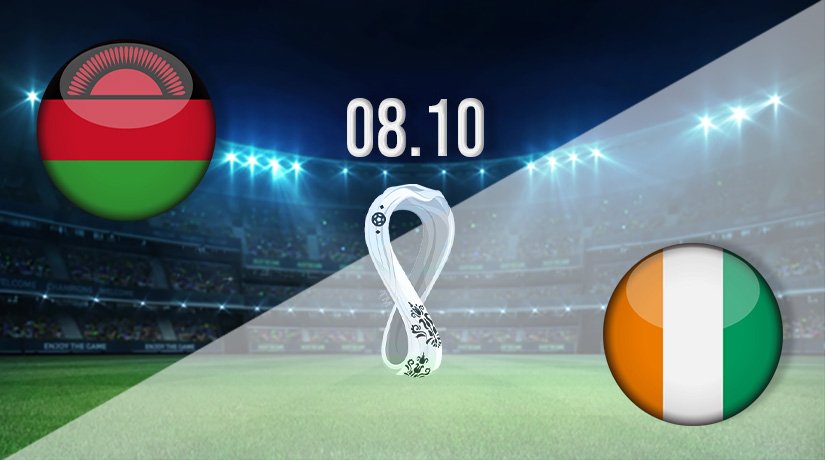 Group D in CAF qualification looks to be the one that will go right down to the wire, as African heavyweights Ivory Coast and Cameroon will both be vying for top spot in the group. Ivory Coast come up against Malawi in qualification on Friday.

The Ivory Coast would consider it a huge disappointment if they don’t make the World Cup finals in Qatar. However, they will be aware that it will be a huge challenge for them to reach the finals, as they are in potentially the most competitive group in CAF qualification.

The Ivory Coast have opened their Group D campaign with four points from six, with their only victory to date coming against Cameroon in their last fixture. They did open their group stage campaign with a 0-0 draw on the road against Mozambique.

Picking up draws away from home could be a solid plan to qualify for the next round, providing that they will all the home games that they play. That tactic has worked to this point, as goals from Sebastien Haller against Cameroon saw them pick up the deserved win.

They would be wise not to overlook Malawi in this group though, as victory for the hosts this weekend could see them go top of the standings as we enter the half way stage. Malawi have picked up one win so far from the two games that they have played, which sees them sit level on points with Cameroon.

Following defeat to Cameroon on matchday one, Malawi bounced back with a victory in their last fixture against Mozambique. The winning goal in the game was scored after just ten minutes when Richard Mbulu smashed home for the hosts.

The Ivory Coast hold the advantage in this fixture, as Malawi haven’t beaten their rivals in this fixture since an international friendly in 1974. Since that victory, Ivory Coast have won four of the previous five games, with their last victory coming in World Cup qualification in 2009.

The head-to-head record in this fixture highlights the size of the challenge that Malawi have on their hands this weekend. It’s unlikely that they will get the win, which means that the smart money will be on the travelling side.

Make sure to bet on Malawi vs Ivory Coast with 22Bet!