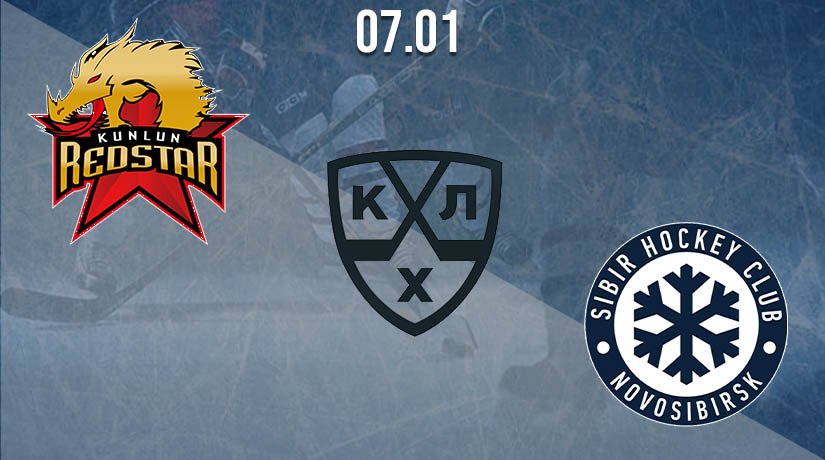 In the upcoming match of the Kontinental Hockey League, Kunlun Red Star will host Sibir. Who is going to take the upper hand in this confrontation? Let’s review how these teams are performing and make an accurate prediction.

Kunlun continues to perform quite well in recent games, but the truth is, in the game with Severstal, due to unforced errors in defense, they failed to get hold of points. The result of the match is 2-4. It’s nice to watch the game of Alexei Kovalev’s club in recent meetings. There is a good movement, variability in the attack, perhaps sometimes they lack originality, but the situation may change over time. At the moment, the team is ranked 11th in the Eastern Conference standings.

Sibir lost the last two matches with Neftekhimik (0-3) and Lokomotiv (2-3). Thus, the team noticeably increased its position in the East. The team from Novosibirsk is in ninth place, ten points behind the playoff zone.

Given the problematic calendar, it is crucial to earn two points in fights against opponents such as Kunlun.

Kunlun has gained excellent progress lately. The team can fight against any opponent, but Sibir must be ready for such a development of events. If Nikolai Zolotukhin’s club wants to get into the playoffs, they need to find strength and fight, despite fatigue and other problems.

We believe that due to the goalkeeper’s reliable play and dedication, Sibir will take advantage of the home team’s mistakes. We suggest betting on the guests’ victory, considering the overtime and shootouts.