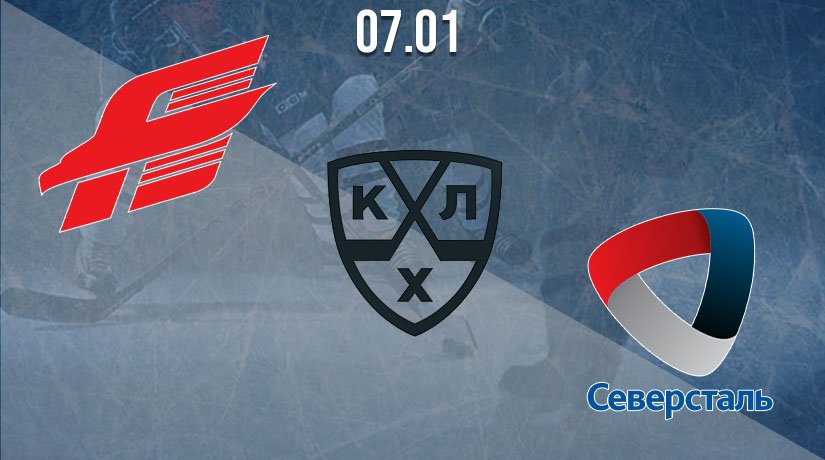 On January 7, Avangard meets with Severstal within the KHL regular season. Will the hosts manage to win, or do the guests have chances? Let’s look for the answers in this article.

Avangard is experiencing severe problems in recent meetings. The team has injured players. This is especially affecting their defensive actions. In the last four meetings, the club conceded sixteen goals.

In the previous match, the team won the most crucial psychological victory over Salavat Yulaev (6-5 OT), thanks to which the club secured the second position in the Eastern Conference standings.

Andrei Razin’s team in the last meeting beat Kunlun Red Star (4-2) and strengthened their positions in the Top-8 of the Western Conference standings, gaining a foothold in seventh place. The gap from the nearest opponent outside the playoff zone is six points.

Severstal needs to maintain strength for the remainder of the regular season, as the team plays in a very energy-intensive manner, compensating for technical skill deficiencies through dedication.

In our opinion, the guests have chances to avoid a crushing defeat. Severstal looks good physically, and the team has only one injured player. As for Avangard, after the most demanding game in Ufa, it will be difficult for the team to get ready for a duel with the team from Cherepovets. The hosts have problems in defense because there is no way to replace the defenders with someone due to many injured players.

We believe that the guests will be able to avoid a major defeat. We offer to bet on the victory of Avangard and a match total of fewer than 4.5 goals.