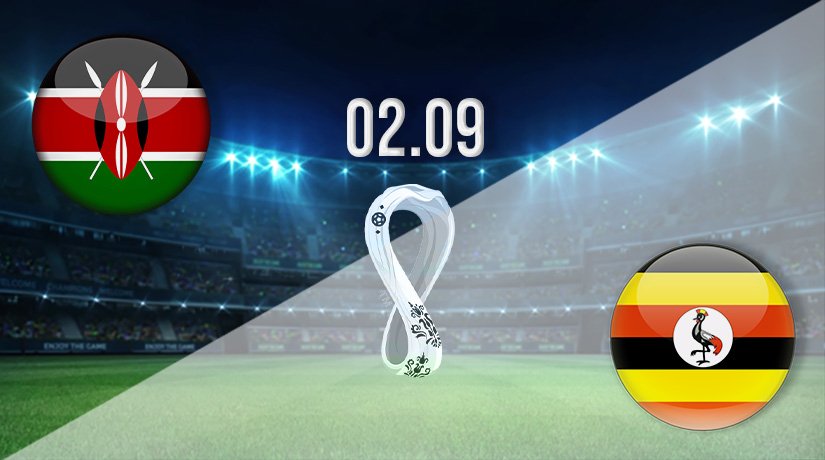 Club football enjoys a break this week with the Premier League and other major competitions across Europe making way for World Cup 2022 qualifiers. We are deep into preparation for next summer’s festival of football with the qualifying groups of Europe, Asia and Africa taking shape. There are plenty of matches to look forward to on Thursday and that’s great news for armchair fans.

In this article, our team of football writers preview a World Cup qualifier from Africa as Kenya takes on Uganda. This match may not be the highest-profile game of the week but it did leap off the page at our team as one to keep an eye on. Kenya enjoy the home advantage and many respected pundits have picked them to win the tie but the stats sheet does little to encourage confidence in the locals.

The head-to-head stats show Kenya have never beaten Uganda in eight previous attempts. Uganda has claimed one win with the other seven matches ending in a draw. That’s an astonishing stat. Will we see another level finish and the points shared by these teams? Read on as we preview the match that will be shown live on television and live streaming services then offer our predictions on how the result might look.

Kenya and Uganda are so evenly matched that one team has struggled to gain any kind of advantage over the other in recent times. This is shown in the fact each of the last two games have produced 1-1 draws with Kenya hosting on each occasion. The first in that double was a friendly match in March 2017 when Kenya took the lead early in the play thanks to a goal from Michael Olunga. That gave his team the advantage but despite creating chances to finish them off, Kenya couldn’t find a way though and were hit late by a Moses Waiswa equaliser on 87 minutes.

The most recent clash was a September 2019 friendly match when Kenya and Uganda played out another well-matched game that resulted in a 1-1 draw. This time it was Uganda who broke the deadlock when scoring through Emanuel Okwi midway through the first half. Again, the leaders should have gone on to win the game but fluffed their lines and were eventually punished by a Kenyan side that don’t know how to give up. Kenneth Muguna was on target on 51 minutes to grab the draw for his countrymen.

Will we see another draw in this game? The stats make it possible as we find a pattern when going back through the results. Each of the last three games have been draws with the spare a goalless finish in a friendly match in 2016 when Uganda were the home team. Kenya will be eager to go one better and win the match as a draw doesn’t do their chances of reaching the World Cup too many favours. Fans hope the home advantage could prove the difference in this game.

Only one game involving these African nations has produced a winning team and it was Uganda that got the victory. That result came in December 2012 in a friendly match that Uganda won 2-1 following an enthralling 90 minutes of play. These teams may not be world-beaters with slim hopes of going to the World Cup, but they are good enough to serve up a classic game. Armchair fans will hope this match follows that pattern and gives us something worth watching with both teams giving their all. Three World Cup qualifying points will be the driving force for both sets of players.

Uganda were involved in a thrilling international friendly match against South Africa in June of this year but lost that fixture by a 3-2 score. Uganda took the lead on 17 minutes thanks to an opening goal from Ibrahim Orit but couldn’t defend their advantage. The South Africans fired back to move into a 3-1 lead before Lumala Abdu scored what was a consolation goal in the 89th minute. It was a strong start and good finish for Uganda but their defending that day let them down.

That game may have produced a loss, but it gave the Ugandan coaching staff plenty to work with and would have encouraged the players when preparing for this game. South Africa are, arguably, a better team than Kenya, and they scored two goals against them. If they can sort out the defence and keep things tight at the back, cutting out unforced errors, the away team will have a good chance of winning this game.

It’s difficult to look beyond the stats attached to this match which suggest we could be in for another draw. It is likely to be a close game, regardless of the final result, and the fact both sets of players enter confident in their ability to get the three points means it should be an enjoyable watch for armchair fans choosing to tune in to the live coverage.

Both sides are capable of scoring goals, but both defences have question marks hanging over them, making things more exciting. If there is to be a winner in this match, it will be the nation that defends better and deals with set-pieces around the box. Discipline is key to victory here, and both coaches will be desperate to ensure their teams understand that ahead of kick-off.

The pre-match betting odds at 22bet available on this fixture show Kenya are priced at 3.116 for the home win. Uganda are trading at 2.52 to collect all three points or, if you fancy the draw, you can take the level finish at 2.85.

As well as the match betting odds, there are plenty of other options available to registered members of 22bet looking to gamble on this game. Some of the most popular markets include correct score, first goalscorer, handicap, both teams to score and half time/full time.

Make sure to bet on Kenya v Uganda match with 22Bet!