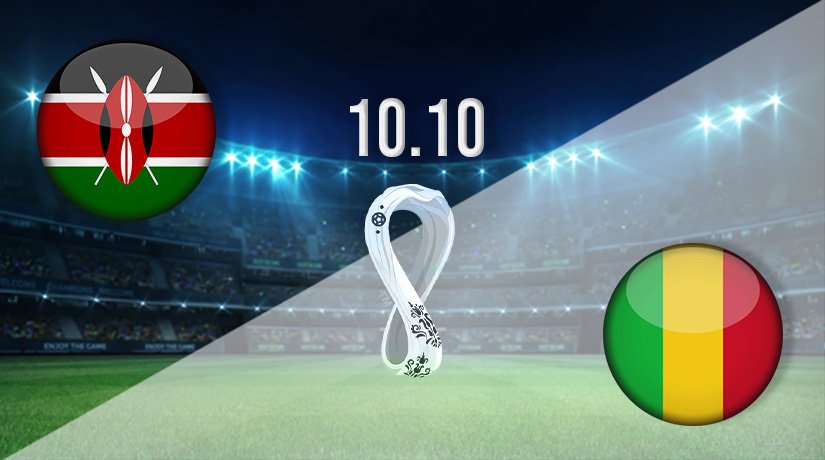 It’s another busy day of World Cup qualifiers across planet football with no less than eight exciting matches scheduled in Africa. Some of the continent’s top teams are in action and out to prove they are good enough to make it to Qatar 2022, which begins in a little over a year.

Points won and lost at this stage could have a huge impact on which sides qualify from their groups, which will face a playoff and the teams that will be preparing to follow the action in Qatar as mere spectators.

On this page, our team of football writers shine the spotlight on a group match that has fans excited and has kept pundits guessing. Kenya takes on Mali from 14:00 GMT, which could be the most exciting fixture of the day.

Both teams enter believing they are good enough to get the win and pick up a vital three points in the quest to top the group. That should make for an interesting 90 minutes with plenty of talking points. A real treat for armchair fans around the world who will be watching the game live on television.

Kenya and Mali have met only twice before, and Mali dominates the head-to-head stats with victory on both occasions. That stat will do wonders for the team’s confidence as well as that of fans heading into an important clash.

Mali will want to complete the hattrick, pick up all three points and strengthen their position, while Kenya will be desperate to get off the mark at the third attempt and improve their chances of qualifying.

Kenya without a win

Kenya enters game four of the pool without a win to their name, which leaves them down in third place with just two points on the board. Their form so far reads two draws against one defeat from three games with one goal scored and six conceded. They are one point better than bottom club Rwanda but already six off the pace set by current leaders Mali. That means this is a must-win game for Kenya if they are to stay in the running.

Anything less than taking three points off the group leaders would kill off Kenya’s chances of qualifying.

They started with a pair of draws which was a decent enough effort but were beaten in their most recent outing, and that saw them slip down the ladder. The source of their problems is two-fold, a poor attack and a weak defence, but the latter is much more concerning for Kenya and their future. The coaching staff simply must tighten up that leaky backline, or they could suffer the humiliation of another heavy defeat here.

Despite conceding six goals all campaign, it is worth pointing out that five of those came in the one game and, interestingly, those five were scored by Mali last month in this competition.

Kenya was left battered and bruised by that result but must dust themselves down, learn the lessons of that day and get ready to compete for the three points. Does this side have the character to fight back? It doesn’t matter how they did it. They don’t require a 5-0 win. A victory of any description will do. It’s win or bust, all or nothing.

Mali, after more of the same

Mali is in the driving seat for qualification to Qatar 2022 as the winner of the group, and they sit in pole position after three games played. A run of two wins and a draw has earned them seven points which is five more than their opponents and two better than the chasing pack.

Nearest rivals Uganda are on five points and play bottom club Rwanda and are expected by most pundits and followers of African football to get the win, add three points and remain in the running for the top spot. That means Mali must claim a third victory in four games if they are to remain top of the table, or they could be passed by Uganda, who is refusing to give up on this set.

Mali made light work of Kenya when the pair last met on 7 October, running out 5-0 winners. They took their time to control that match, and the game was more competitive than the final score would suggest, but, in the end, Mali was fully deserving of the three points gained and the emphatic win. Will they do it again?

Another 5-0 would be a big ask, but there’s confidence in the camp, and the players will believe they are good enough to pick up where they left off and continue their scoring ways. Another entertaining match is expected, with Mali eager to get on the front foot.

The only other previous meeting of these teams was played at the African Cup of Nations in 2004 when Mali opened with a strong 3-1 victory. It was another match where the winner was never in doubt, with Mali taking their chances and Kenya looking fragile in defence.

If this game is to follow the trends of those two matches, we should see at least four goals scored which would be fantastic for neutrals. Mali knows they’ll get chances and know they have the players to hurt their opponents.

This is an important match for both teams, and that should show in the play. There will be tension in the air with both Kenya and Mali knowing what victory would do for their chances but also the damage a defeat at this stage would do.

Things don’t look great for Kenya due to that poor defence, but if they get the win here, they will breathe life back into their campaign and would make an already competitive group even tighter.

Having beaten the same opponent by five goals just a few days ago, could Mali lose this match?

They could, of course, but it would take a huge swing with Mali collapsing and Kenya playing at a level we haven’t seen from them at this tournament yet. Armchair fans hope there’s a few goals in this game, and the contest lives up to the hype.

The pre-match betting odds available on this match has Kenya priced at 3.98 with Mali trading at 2.18 and the draw 2.9.

Make sure to bet on Kenya v Mali with 22Bet!