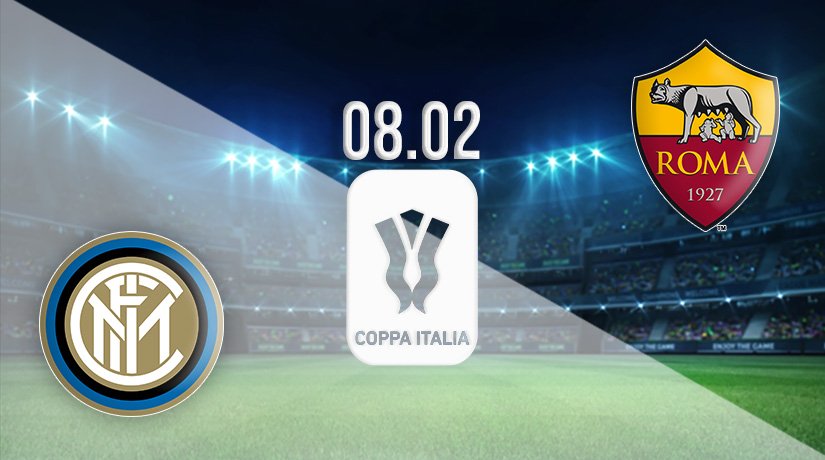 Football fans have a hectic Tuesday ahead with games taking place worldwide. The fixture that caught our eye comes from Italy, where rivals Inter Milan and Roma do battle in a match you can watch live on television from 20:00 GMT. The race for points in Serie A takes a backwards step as Milan and Roma lay it all on the line in search of silverware. With a competitive match expected and the tournament already throwing up a share of surprise results, an entertaining 90 minutes awaits. But which team will come out on top?

The previous round of matches from the Coppa Italia saw both Milan and Roma rack up eye-catching wins, with Milan involved in a five-goal thriller at home to Empoli before the Roma match served up a total of four goals. These teams are always dangerous in attack but have frailties at the back, and neutrals will be hoping to see another goal-fest. We are at the quarter-final stage, and Inter will fancy their chances of winning the trophy outright, but to stay in the tournament, they must see off an opponent with a rich history of success.

This will be the second match involving these teams this season after high-flying Inter ran riot at the home of Roma, scoring three goals, dominating the match, and collecting three points. That game was tied up by halftime, with all three goals scored inside 40 minutes. Will we see the same fast start from the hosts, or have Roma learned the lessons from that day? Our team of football writers preview the match before offering their predictions.

Inter Milan were involved in an exciting match with Empoli in the previous round. It was a game that they won but needed extra time to sneak through after the sides cancelled each other out over 90 minutes of play. At full time the sides were locked at 2-2 thanks to a dramatic equaliser for Milan that Ranochia scored with 91 minutes on the clock. That late leveller denied the underdogs a stunning away win at Milan, and there was to be a double sucker punch as Sensi added a second early in extra time, scoring to make it 3-2 on 104 minutes. Milan was then able to protect that slender advantage.

In Serie A, Inter Milan are in control and look good enough to win the title again this season. The locals sit top of the league after 23 games played, enjoying a one-point advantage over the chasing pack but having a game in hand over those closest to them. They have lost only two of their 23 games in that competition, but one of those defeats did come in their most recent match when shot down by AC Milan at this venue. That loss in the Milan Derby helped keep the title race alive, and this season could go right down to the wire. Milan will hope to use this game as a chance to bounce back and make a quickfire return to winning ways.

In that derby loss, Inter Milan took the lead thanks to an opening goal from Perisic on 38 minutes. Inter were sitting pretty and looked on course to an important three points, but there was late drama in that match as former Arsenal and Chelsea striker Giroud scored two goals inside three minutes to snatch the win. AC Milan was able to hold on for the famous victory despite having Hernandez sent off near the end.

Roma was last in action in the Coppa Italian when seeing off Lecce without encountering too much fuss along the way. It was a match they were expected to win and got the job done in style. A far more convincing result than the one registered by Inter Milan in the previous round. They beat Lecce 3-1 at home, with the win wrapped up inside 81 minutes despite falling behind early in the game. Lecce scored on 14 minutes but had a player sent off just after the hour mark. Roma made full use of the extra man and used that advantage to secure the win. Goals from Kumbulla, Abraham and Shomurodov helped secure their passage.

Roma was impressive in the previous round, but things haven’t been going as well for them in Serie A. The visitors are currently down in seventh place with 39 points on the board. A title challenge already looks out of the question, but they are in the running for a spot in the top four and Champions League football for next season. Securing a place in Europe’s elite is the club’s main goal for the remainder of this campaign, and they will prioritise that against all else. Still, the players and coaching staff would also dearly love to deliver the fans silverware this spring.

Roma is unbeaten in their last three outings in the league, taking seven of the nine available points. They recorded back to back wins before being held to a draw at home to Genoa last time. That match ended 0-0 despite both teams having chances to snatch the points. It will be remembered as two points dropped for the club, but they can leave their league woes at the door for 90 minutes and enjoy the distraction of cup football.

Inter Milan are ranked higher in the Serie A table than their visitors and enjoy the home advantage for this match. They have the players to make that count and, if Milan is at their best, they should have enough to progress.

Roma is an improving side and impressed in the previous round of the Coppa Italia. They are unbeaten in their last three league matches and will travel to Milan looking to stick the boot into an opponent still hurting from that derby defeat.

Make sure to bet on Inter Milan v Roma with 22Bet!