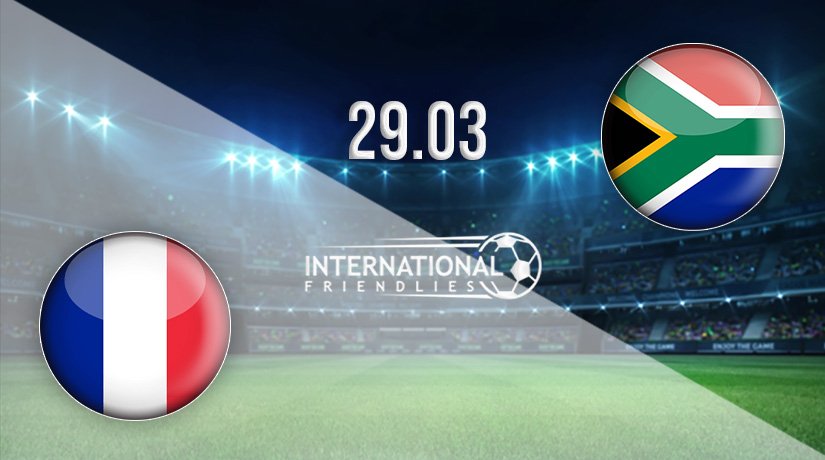 The reigning world champions will be looking to continue their excellent form ahead of the defence of their World Cup later this year. They come up against African opposition for the second straight game, as South Africa are the visitors to the Stade Pierre-Mauroy.

France will once again be among the front runners to win the World Cup later this year, as they look to successfully defend the trophy that they won four years ago. The French eased through World Cup qualification, as they finished top of Group D, finishing six points clear of Ukraine.

However, it was still a far from vintage display in the group stage, as they won just five of the eight games that they played. They will be looking to build momentum over the next couple of months before getting their World Cup campaign underway in Qatar in November.

France have won their previous four international fixtures, which includes a 2-1 win over Spain in the final of the Nations League back in October. They came back to beat the Ivory Coast in their latest international friendly, with Oliver Giroud and Aurelien Tchouameni scoring the goals in the 2-1 win.

South Africa’s aim of reaching the World Cup finals later this year are already over, as they failed to make it through the second round of qualification. They finished second in their Group G campaign, but were level on points with Ghana, who progressed.

South Africa returned to fixtures for the first time since their exit from contention last week, as they played out an uninspiring 0-0 draw against Guinea. They will need to raise their performance levels to stand any chance against the world champions on Tuesday.

South Africa may have won the last meeting between the sides 12 years ago, but this is a completely different French side. Given the form of both sides, it would be difficult to see any other outcome that a victory for the reigning world champions on Tuesday.

Make sure to bet on France vs South Africa with 22Bet!