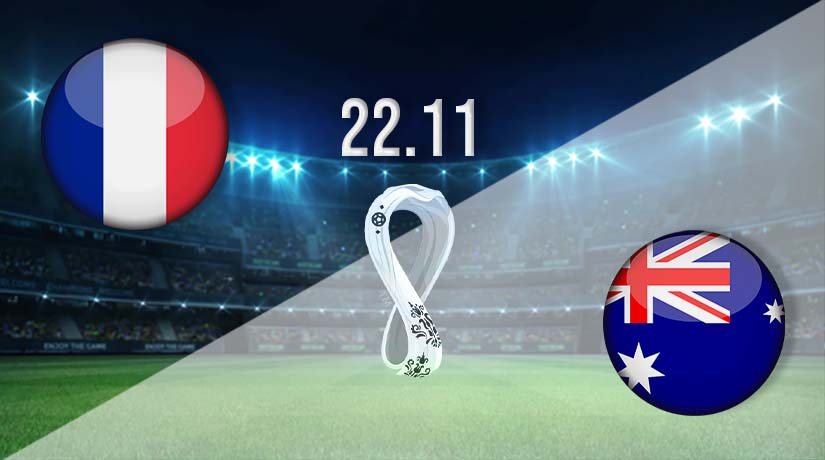 The reigning world champions open their 2022 World Cup campaign on Tuesday evening, as France open their defence against Australia at Al Janoub Stadium. Australia will be looking to produce one of the biggest shocks in World Cup history in Qatar.

There will be a lot of pressure on France as the World Cup gets underway in Qatar. The French will open their campaign at Al Janoub Stadium on Tuesday evening, as they look for an opening victory in Group D. France will be looking to achieve something that no nation has done since 1962 and successfully defend the World Cup that they won four years ago.

France were excellent four years ago, as they won the competition for the second time in their history. They ended their 2018 campaign without suffering a defeat, as they claimed victories in six of the seven games that they played. However, their recent form could be a cause for concern. France has won just once in their previous six games, and come into the World Cup having lost their previous fixture against Denmark.

Australia were made to work extremely hard to qualify for the World Cup this year, as they needed to come through an inter-confederation playoff. The Aussies will be playing in the World Cup for the fifth straight tournament, but they have made the round of 16 on just one occasion.

Furthermore, they haven’t picked up a win at the World Cup since a group stage success at the 2010 edition of the competition. Australia has picked up victories in their previous five internationals, which means that they at least come into the competition in solid form.

France vs Australia Head to Head

Australia and France have locked horns on five previous occasions. France have recorded three wins, which includes a 2-1 success at the 2018 World Cup in Russia. Australia’s only win against France came in the Confederations Cup in 2001.

This should be a pretty comfortable opening game in the World Cup for France. We struggle to see past the French claiming victory, and they could put an early marker down for the competition with a 3-0 victory. We also wouldn’t be surprised to see Kylian Mbappe open his account for the tournament at the first opportunity.

Make sure to bet on France vs Australia with 22Bet!