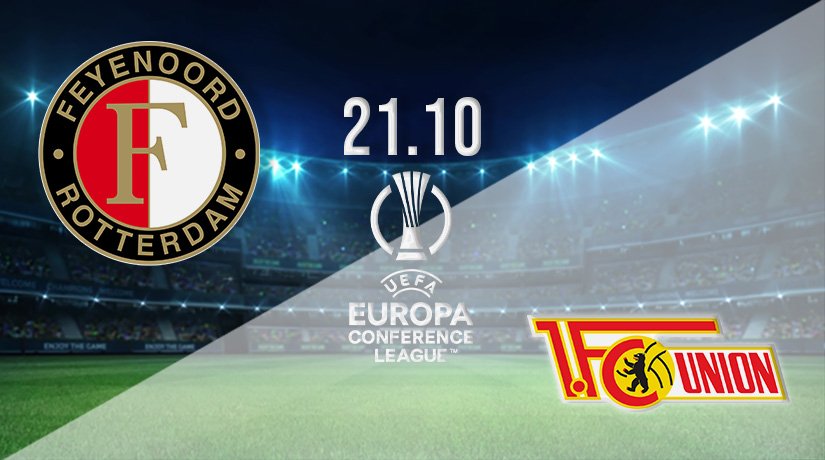 Feyenoord have started the inaugural Europa Conference League in fine form, and they are the current leaders in a very tight Group E. Union Berlin are still among the main contenders to qualify from the group, but they will need to get something from this game to avoid falling behind the leaders.

It has been an exciting start to Group E in the Europa Conference League, with very little separating the sides at the top and bottom. Feyenoord at the current leaders with four points, but Maccabi Haifa at the bottom of the standings are just three points behind.

Feyenoord are the only team in this group that are yet to lose a game in the Europa Conference League. They are the second lowest-scorers in the group though, but do have the best defensive record.

The Dutch side picked up their first win of the group stages in their last game, as they beat Slavia Prague in the Netherlands. Both goals for the hosts were scored in the first half, with Orkun Kokcu putting them ahead, before Bryan Linssen extended that advantage after 24 minutes.

Union Berlin have proved in the Bundesliga over the past 18 months that they are a very dangerous side to bet against. The German side have constantly thrived being the underdogs, and they will likely use that to their advantage in this group. They are currently in third, having picked up one win from two games.

Their first victory in the Europa Conference League came against Maccabi Haifa, which was their last game. Taiwo Awoniyi continued his excellent start to the season by scoring the third. However, the game was already out of reach of their opponents after strikes from Andreas Voglsammer and Kevin Behrens.

Feyenoord and Union Berlin have never previous met in a European competition. The main reason for this is due to Union having been promoted to the Bundesliga for the first time in their history back in 2019.

This will be an exciting match-up between the two sides that many consider to be the outstanding teams in Group E. It could go either way, but we will be taking a chance on Union winning their second straight Europa Conference League fixture.

Make sure to bet on Feyenoord vs Union Berlin with 22Bet!