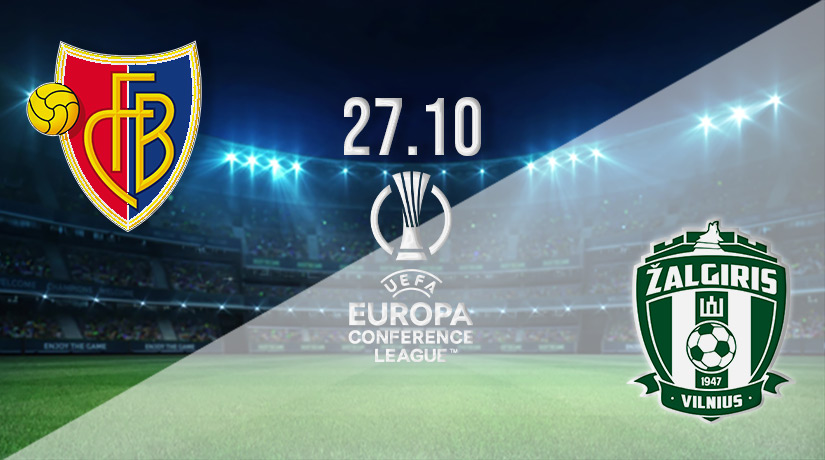 There will be a crucial penultimate round of games in Group H of the Europa Conference League on Thursday. FC Basel will be looking to take another step towards qualification, while Zalgiris will be looking for a second straight victory to potentially move into the top two.

It promises to be an exciting conclusion to Group H in the Europa Conference League this season, as all four teams could still qualify. FC Basel currently holds the advantage in the standings, as they sit top. However, the Swiss side sits just three points ahead of Zalgiris, who are currently fourth in the group.

Many would have expected this to have been easier work for FC Basel, as they have the most European experience of any side in this group. However, they have won just twice from the four games that they have played in the competition this term. They also come into this fixture having failed to win their previous two. In their latest fixture, they fought back to claim a 3-3 draw against Slovan Bratislava, with Andi Zeqiri scoring the equalising goal in the 82nd minute.

The tight nature of this group means that despite Zalgiris currently sitting bottom of Group H, they could still yet qualify. They have won just once in the four games that they have played to this point, but they have the best defensive record, having allowed just four goals.

They claimed victory in a must-win showdown in their latest fixture, as they claimed success against Pyunik at home. Both goals for the hosts in that fixture were scored in the opening half, with the efforts being registered by Fabien Ourega and Renan Oliveira.

The only previous meeting between these two sides was played on matchday two. On that occasion, Basel were able to register a victory away from home, as they won 1-0. The only goal was scored by Andi Zeqiri with just under half an hour remaining.

This has been one of the tougher Europa Conference League groups to predict this season, as all sides have looked capable of picking up victories. However, we are siding with the hosts this week, as Basel look to have the most talent in the final third.

Make sure to bet on FC Basel vs Zalgiris with 22Bet!