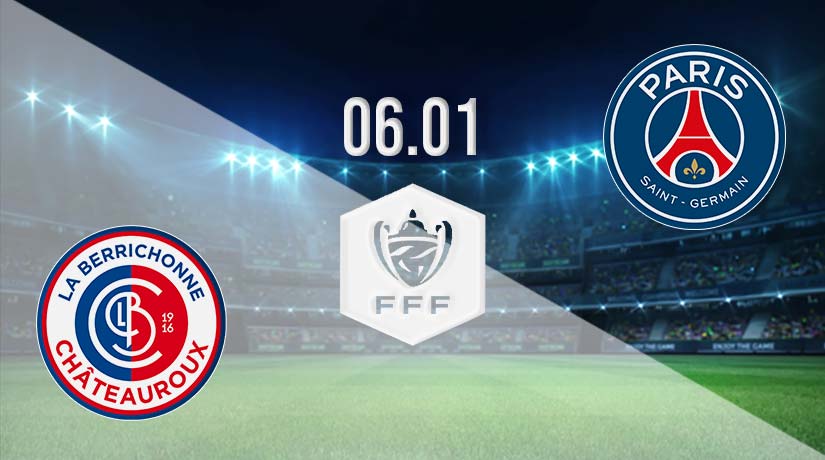 The round of 64 in the French Cup takes place this weekend in France, and one of the front-runners for the competition will be on the road on Friday. PSG will be looking to bounce back to winning ways after losing their previous game, but Chateauroux are unlikely to go down without a fight against the French champions.

PSG will be back in action on Friday evening, as they look to regain the French Cup. The Parisians last won this competition in the 2020-21 season, as they landed their 14th honour. However, they will certainly have questions to answer this weekend, as they were beaten for the first time domestically in their previous fixture.

PSG was beaten 3-1 away from home against Lens on New Year’s Day, which saw their unbeaten record in France come to an end. Their lead at the top of the Ligue 1 standings remains a healthy one, but a second straight defeat could lead to questions surrounding the manager. But, the Parisians have been dominant throughout recent history at this stage of the competition.

This will be a big moment in the history of Chateauroux, as they welcome PSG to town for the French Cup tie. They currently sit 14th in National, after winning just four of their 16 games this term. Their form over their previous five games has been sketchy to say the least, as they haven’t won over that period.

However, they came through the previous round in excellent fashion, as they beat Lege-Cap-Ferret 4-1 away from home. Florian Bianchini, Ferris N’Goma, and Celal Bozkurt were among the scorers in that win. Their best-ever showing in the competition came in 2003-04, as they were beaten in the final by PSG.

Chateauroux vs PSG Head to Head

The only previous competitive meeting between the sides came in the 2004 French Cup final. On that occasion, PSG claimed victory following Pedro Pauleta’s strike with just 25 minutes remaining.

This should be a testing fixture on the road for PSG, but it remains extremely difficult to see past the reigning French champions. PSG look to be the best bet to win this game, and they could claim a 3-0 win on the road.

Make sure to bet on Chateauroux vs PSG with 22Bet!