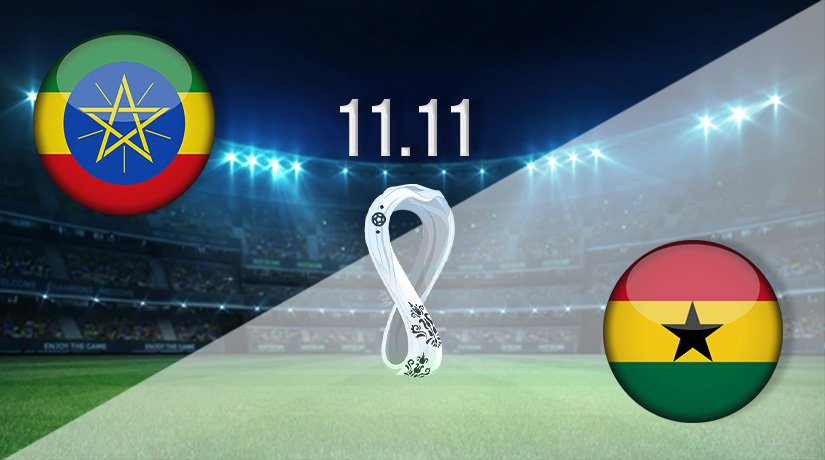 Six days of action from the World Cup qualifier African region commence on Thursday and we get off to a fascinating start. The groups are beginning to take shape as we enter round five but there’s still all to play for with points to be won and positions to be secured.

Some are looking to gain the win needed to cement the top spot in their pool and book a place at Qatar 2022 next November while others are battling hard to secure the runners up spot and a playoff place. Armchair fans are in for a busy few days and our team of football content writers keep you up to speed by previewing the best of the schedule.

One game from Thursday’s programme that caught our eye sees Ethiopia take on Ghana in what is sure to be a tense 90 minutes. The home team know anything less than three points would finish off their slim hopes of ending as runners up in the pool.

Ghana are seeking a win that could move them into pole position ahead of current leaders South Africa. Both sides need the points for different reasons but both believe they are good enough to get the desired result.

These teams have met four times in the past and Ghana carry a 100% record. They have never lost or even drawn a match against Ethiopia and despite heading into this game as the away team, they’re aiming to continue that winning streak.

The most recent game involving the nations produced a hard-fought 1-0 win for Ghana in September, with that match played at a neutral venue. Not only have Ethiopia never recorded a win over Ghana in four attempts, but they also have never even scored a goal against them. Will that change here?

Ethiopia have lost three of four

Ethiopia weren’t expected to make it to the World Cup proper, but fans had hoped the players and coaching staff would perform better than they have done so far. The locals are third in the group with one win against three defeats, scoring two goals but conceding five.

The three points gained places them seven off the pace set by South Africa and six behind Thursday’s opponents. A win won’t be enough here, they need a strong performance, and a few goals scored too if they are to jolt their campaign back to life. This rates as one final throw of the dice for the team, and they know it. They have an all or nothing match ahead of them, and the team must be ready to do battle.

Ethiopia got off to the worst possible start when losing their opening group match, and it appeared the writing was on the wall for them early. They surprised a few and silenced their doubters with a victory on matchday two, bagging three points to catapult them back into the running.

Fans got their hopes up and started to believe the underdogs had enough fight to cause an upset, but back to back defeats rocked the nation. They have lost their last two and are hanging by a thread. Are they ready to throw in the towel?

Ethiopia have shown they are capable of winning matches at this level, catching the eye with that win over Zimbabwe, but if they are to repeat the feat, they must improve their defence.

They have conceded as many goals as the bottom team and found the net only once more. A big effort is required from the defenders through to the attackers. On Thursday, we will see if the players have the ability and the character to dig out a crucial win.

BET ON ETHIOPA VS GHANA WITH GHS 750 BONUS

Ghana have won three of four

Ghana enter this match high on confidence having won three of their previous four games to sit in second place behind South Africa. The current leaders are unbeaten so far, having won three and drawn one. South Africa boast vital experience of making it to the World Cup and will aim to call on that to see them through as group winners but Ghana will be pushing them hard all the way to the finish line.

They are within touching distance of top spot and know a victory here could see them leapfrog their rivals. South Africa play bottom club Zimbabwe who are on a three-match losing streak which piles pressure on Ghana to do the business.

The visitors have won three and lost one so far, scoring five goals and conceding two. South Africa were the early favourites to win this pool but Ghana have scored as many goals as the group leaders and conceded just one more.

They are in the running for a third win on the bounce that would keep their dreams alive. This Ghana holds its destiny in their own hands and fans can’t ask any more than that at this late stage. Win this match, score a few goals and keep a clean sheet and they’ll have a fighting chance of topping the bracket.

Ghana were last seen in action beating Zimbabwe 1-0 on the road just a few days after beating the same opponent 3-1. That was two games they were expected to win but deserve credit for the way they played, especially in the first match when hitting the net three times.

They have the players to unlock an already shaky Ethiopian defence and the firepower in attack to get the goals.

Ethiopia know that if they lose this match they will be out of the running for second place and their chances are already slim. They need to win this match and do it convincingly to close the gap on their opponents, keeping the race alive.

Failure to win by a few clear goals will make their sixth game of the group a dead rubber with nothing to play for and another failed qualifying campaign under their belt.

Ghana are a team that is good enough to be playing at the World Cup next year and they have already proven that.

They’ll plan to get the first goal of this match and score it early enough to take the wind from their opponents. If Ghana score early they are good enough to get a few and set up a big finish.

Make sure to bet on Ethiopia v Ghana with 22Bet!