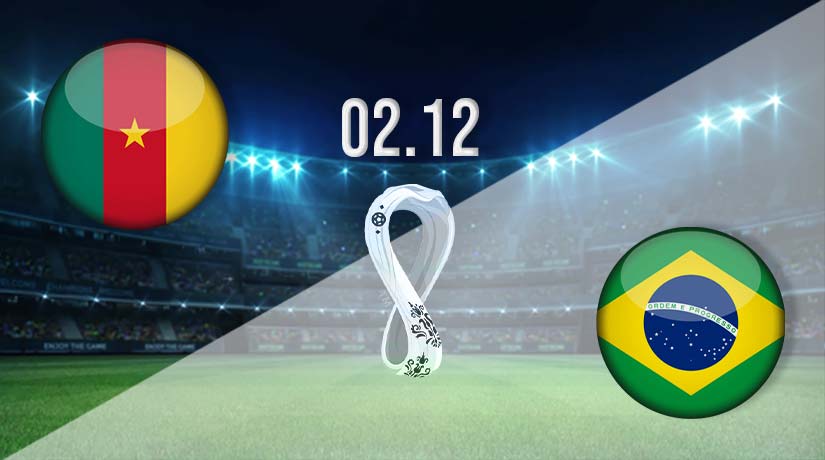 The final round of fixtures in Group G are played on Friday evening. Brazil is already safely through to the next round of the competition, and they will be looking for the point that they need to top the group. Meanwhile, Cameroon could also make it through to the round of 16 with a victory.

Brazil were listed as the clear favourites to win the World Cup before a ball was kicked, and little has changed throughout the group stage. The South Americans look on course to win their first World Cup in 20 years, after winning each of their opening two fixtures at the competition this year.

Brazil has looked irrepressible throughout the games that they have played to this point, and come into this fixture having scored three goals without conceding. They looked strong once again in their previous fixture, but they required a moment of magic to break the deadlock against a resolute Switzerland. That moment came from an unlikely source as Casemiro wonderfully half-volleyed home to give the Brazilian’s the win that they craved.

Cameroon were involved in potentially the game of the tournament so far in their previous fixture, as they managed to keep their dreams of progression alive with a 3-3 draw against Serbia. Defeat would have effectively saw them out of the competition, but the momentum that they built in the final 20 minutes of that fixture could be key.

The African nation found themselves 3-1 down with half an hour to play, but excellently taken goals from Vincent Aboubakar and Eric Maxim Choupo-Moting put them back on level terms. They will need to be more defensively solid in this fixture, but their dream of a spot in the round of 16 remains alive.

Cameroon vs Brazil Head to Head

This will be the seventh meeting between Cameroon and Brazil in all competitions. Brazil has won five of the previous six meetings, while they have won both of the two matches between the sides at the World Cup. The most recent of those was a 4-1 success in 2014.

Cameroon remain in the hunt for a place in the next round, but this is a daunting challenge. Brazil hasn’t yet faced a shot on target in the competition, and are looking the strongest of any nation in Qatar. We struggle to see their excellent run coming to an end, and can see them winning this fixture 3-0.

Make sure to bet on Cameroon vs Brazil with 22Bet!