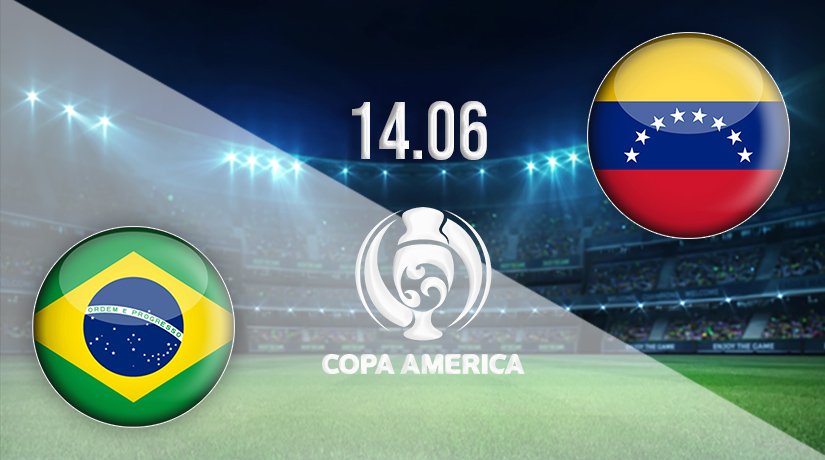 The Copa America gets underway this weekend with a thrilling fixture between Brazil and Venezuela. Despite protests threatening to postpone the tournament, Brazilian players have vowed that they will play their fixtures throughout the competition.

Brazil were awarded the hosting duties for the upcoming Copa America just a couple of weeks ago, and they will be hoping that they can use that to their advantage over the next month of so. There had been ill-feeling towards the competition, but organisers are pressing ahead with plans. Brazil are the clear favourites to win the tournament, as they have been in excellent form recently. They have won every game that they have played over the past 12 months, which sees them come into this game having won their last six. They have kept clean sheets in all but one of the games that they have played. Brazil warmed up for the Copa America with two straight 2-0 victories against Ecuador and Paraguay. They beat the latter of those two nations in their most recent win, with Lucas Paquetta and Neymar scoring the goals.

Venezuela will have a huge challenge to get out of this group, as they will come up against Colombia as well as Brazil. They aren’t in the best form ahead of this fixture, as they have won just once in their last six internationals. Their only win during this run came against Chile, who they beat in a World Cup qualifier back in November. Since that victory, they have lost to Bolivia and were most recently held to a 0-0 draw against Uruguay. Venezuela would have considered themselves unlucky not to have won that recent fixture, as they registered four shots on target.

Brazil vs Venezuela Head to Head

Venezuela don’t have a great record against Brazil, as they have beaten their rivals on just two occasions in 27 meetings. Their last win came in an international friendly in 2008. Brazil have won four of the previous five fixtures, with their most recent win coming back in November, as they won 1-0.

Venezuela’s record against Brazil highlights that this should be a comfortable opening night for the hosts. However, the pragmatic Brazilians aren’t the great entertainers that they once were, which means a narrow 1-0 win may be the most likely result.

Make sure to bet on Brazil vs Venezuela with 22Bet!