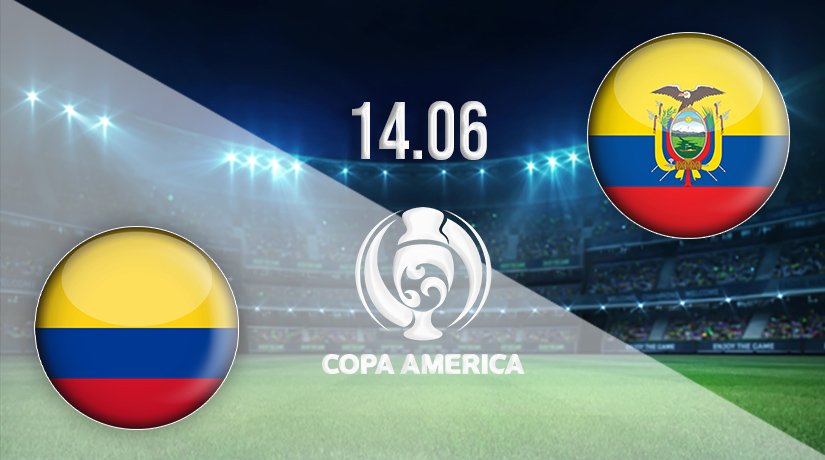 Colombia get their Copa America campaign underway on Sunday evening, as they take on Ecuador. But, will one of the favourites for the competition be able to start with a win?

Colombia will be among the teams that many will expect to have a strong Copa America this year. They have constantly performed at this level, but will need to navigate their way out of a tricky looking group, which also includes Brazil. They do come into the tournament in steady form, as they have won one of their previous two internationals. Scoring goals hasn’t been an issue for them in recent games, as they have scored five goals in their last two games. Both of their most recent internationals have come in this calendar year, with their win coming against Peru. Yerry Mina and Luis Diaz were among the scorers in that victory. However, their most recent outing was a 2-2 draw against Argentina. Colombia needed to come from 2-0 down in that fixture to salvage a point, with Miguel Borja scoring in the 94th minute.

Ecuador will be confident that they have the beating of Colombia this weekend, as they did record a massive victory against them towards the end of last year. On that occasion, they ran out 6-1 winners on the fourth matchday of World Cup qualification. Since then, they have won just one of the three internationals that they have played. Both of their two most recent fixtures have ended in defeats, with these being suffered against Brazil and Peru. Ecuador have scored just one goal in these two games, with that being scored in the 2-1 defeat against Peru.

Colombia vs Ecuador Head to Head

Colombia have a great overall record against Ecuador. The 6-1 defeat that they suffered back in November was the first time that they had lost to Ecuador since 2012. They had been on a four game winning streak. However, it will be interesting to see whether that 6-1 defeat is still in the memories of players.

The pressure will be on both sides in this Copa America fixture, as both Colombia and Ecuador will be looking to start with a victory. However, our slight preference is for Colombia, who will be hoping to go far in the competition this year.

Make sure to bet on Colombia vs Ecuador with 22Bet!