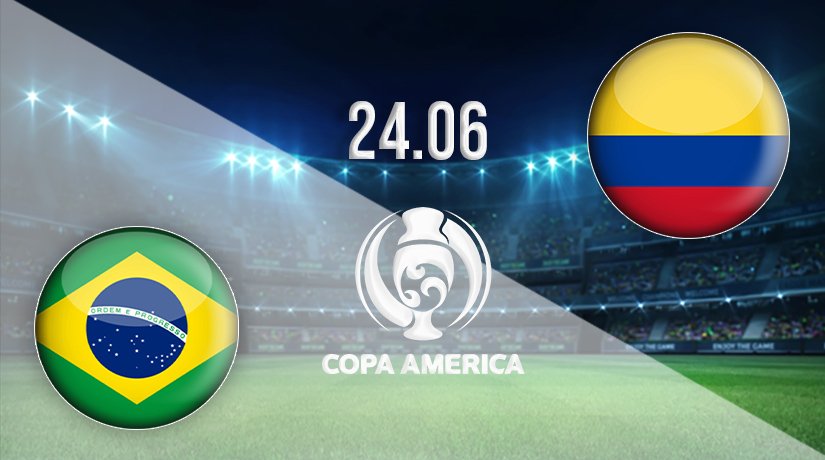 Brazil’s penultimate game in Group B will be a tricky-looking fixture on paper against Colombia. The top spot in the group could come down to the two nations, which means that this game will be huge in deciding the team that finishes at the top.

Brazil have been faultless in the Copa America so far this summer, and they will be able to take another stride to top Group A with a victory over Colombia on Wednesday night. The Brazilians have won both of their two group games so far, and they have done so without conceding a goal. Brazil have scored seven goals in the two games, and are currently two points ahead of Colombia, with a game in hand.

Brazil continued to build momentum in their last game, as they claimed a massive 4-0 victory against Peru. They had 17 shots, with nine on target in that game. They opened the scoring inside the opening 15 minutes through Alex Sandro. It wasn’t until the second half when Brazil extended their advantage. Neymar scored with 20 minutes remaining before further goals were added in injury time by Everton Ribeiro and Richarlison.

Colombia still have some work to do to ensure that they finish the group in a strong position. They are currently in second with four points, but both Peru and Ecuador have played a game less. Colombia have won once, drawn once and lost once so far in the Copa America. They have scored two goals, and have also conceded the same number.

They will be looking for a response in their final group game, as they were beaten by Peru in their last fixture. Miguel Borja leveled the scores in that game from the spot just after the break. However, Yerry Mina scored an own goal ten minutes later to condemn them to a first defeat in the competition this summer.

Brazil vs Colombia Head to Head

The last two matches between Colombia and Brazil have ended in draws. The most recent meeting finished 2-2 in September 2019. Brazil’s last victory in this fixture came in January 2017, while Colombia’s last win came in June 2015.

Brazil will be looking to top this group to ensure an easier passage through to the final. They have been excellent in both games that they have played so far, and we expect them to produce another fine display against a talented opposition.

Make sure to bet on Brazil vs Colombia with 22Bet!