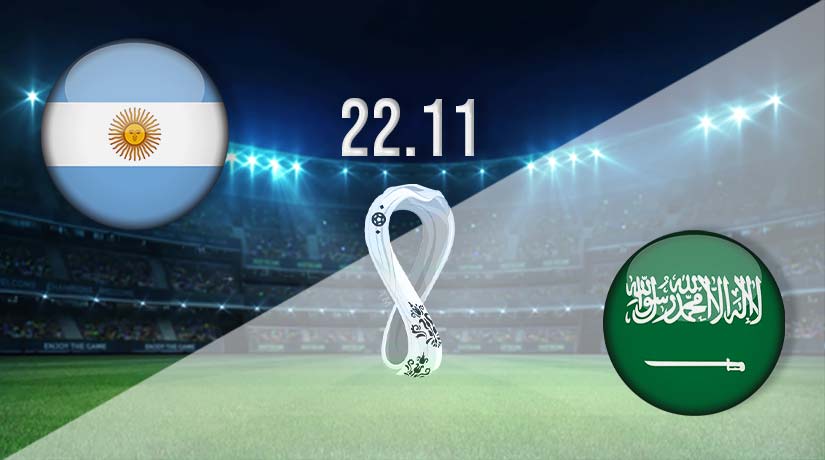 One of the big favourites to win the 2022 World Cup will open their tournament on Tuesday morning, as Argentina take on Saudi Arabia at Lusail Stadium. All eyes will be on Lionel Messi, as the PSG ace looks to get his team off to the dream start in Group C.

A lot has been said about Argentina in the build-up to the 2022 World Cup, as they come into the tournament with a 36-game unbeaten record. However, the only trophy that they have won during that period has been the Copa America. In truth, they have been labelled as dark horses for the competition that much that they are now among the most fancied teams.

Argentina hasn’t won the World Cup since 1986, and the closest that they have come since was when they were beaten in the final by Germany in 2014. However, this looks to be an Argentina team that is pulling in the same direction, as they have won their previous five games without conceding a goal. Their final warm-up game came against the UAE, as they ran out 5-0 winners. Lionel Messi was among the scorers in that win, while Julian Alvarez and Angel Di Maria also netted in the win.

This will be Saudi Arabia’s sixth appearance at the World Cup, but they will be looking to make it out of the group stage for just the second time. They managed to qualify for the 2018 tournament, but they won just once in three games. It is expected that they will find life very difficult once again in Qatar, as they come up against Poland and Mexico.

Saudi Arabia has won just twice in their previous four international fixtures, but confidence would have been taken from their final warm-up game, despite suffering a 1-0 defeat against Croatia. However, this is a undeniably the biggest test that they will face at the competition.

This will be the fifth competitive meeting between Argentina and Saudi Arabia. Argentina has recorded two wins, but the most recent meeting in 2012 saw the nations play out a 0-0 draw.

This will be a match that the world will be watching, as many expect Argentina to go deep in the competition this season. We fully expect them to open their Group C campaign with a fine performance, and we could see them comfortably securing a 3-0 win.

Make sure to bet on Argentina vs Saudi Arabia with 22Bet!