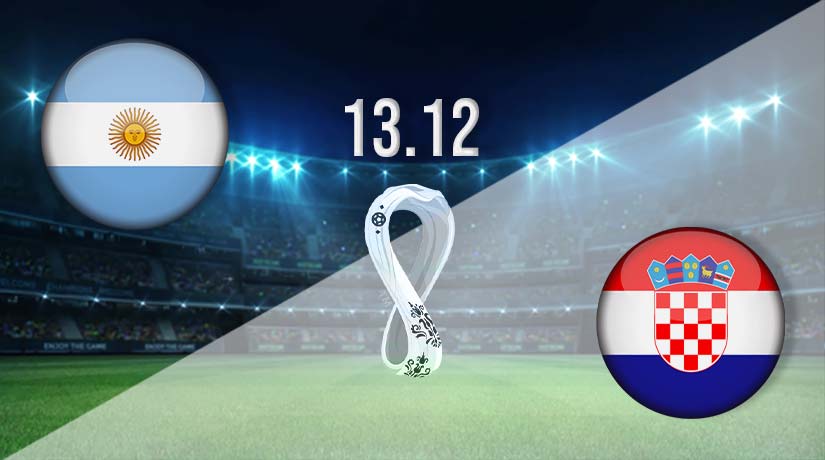 This World Cup in Qatar ends this week, with the final played on Sunday afternoon. But the line-up remains undecided as the remaining four teams battle for a place in the last two. Argentina plays World Cup 2018 runners-up Croatia on Tuesday from 7:00 p.m. GMT before current holders France play Morocco 24 hours later. Our team of football writers covers both matches, starting with Tuesday’s game, that’ll be played at the visually impressive Lusail Iconic Stadium. Will we see Argentina qualify, or will Croatia match their efforts from Russia and guarantee a top-two finish?

You can have your say on the winner of both games and how they’ll achieve the result; in 90 minutes, extra time, or penalties. But before sticking your neck on the line and picking sides, read what our team of experts has to say. We start with an in-depth preview of Argentina v Croatia, focusing on the form of both sides, their journey to the semi-final, and our predictions. The winner will advance to Sunday’s final, keeping their hopes of lifting the trophy alive, while the losers will suffer the pain of a third-place play-off on Saturday.

Before getting into the thick of this match, we briefly look at any trends associated with this fixture and review the all-important head-to-head stats. The history books show Argentina and Croatia have met only four times previously, with the first game played back in 1998 at the World Cup in France. The pair have never produced a draw, which will encourage many followers to predict that this game will be settled in regulation time.

The most recent clash was played at the previous World Cup in Russia, where Croatia upset the odds to beat Argentina 3-0 on their way to that historic silver medal. Croatia must dispatch Lionel Messi and co if they want to go one better here and make it gold. However, that’s something easier said than done.

Messi is the driving force

Lionel Messi will be the driving force behind any success Argentina enjoys this evening. The Little Magician has the skills, ambition, and attitude needed to turn a game on its head in the blink of an eye. He’s good enough to take the ball and run at defenders, bringing teammates into the game while eliminating opposition players. Is he as good as Diego Maradona was in his prime? Perhaps you believe he’s better. Who is the leading man of this generation, Messi or Cristiano Ronaldo? Despite all he has achieved in the game, there are still question marks hanging over Lionel, which keeps him coming back for more.

Argentina beat the Netherlands in the quarterfinals but needed penalties to get through. That match was good enough to be the final, and it wouldn’t have been a letdown if the Netherlands v Argentina fixture was the deciding match. It has undoubtedly been one of the many highlights of an unpredictable and exciting winter World Cup. We have lost some potential winners and favourites along the way, including Brazil, Spain, and England. But the four remaining sides are here on merit, and a strong case could be made for each ending as the champions in the Arab World.

Argentina was pushed all the way by the Dutch, and the game was locked at 2-2 after 90 minutes and another half-hour of extra time. With the game settled on the lottery of a penalty shootout, one major side would be going home, which proved to be the Netherlands. The score from five penalties read 4-3 to Argentina, who snuck through. Yes, they may have ridden their luck occasionally, but sometimes a champion needs the rub of the green when things get ugly.

When Croatia made it to the final of World Cup 2018, the general feeling among pundits was the nation had enjoyed freak luck. It was their one chance to make the most of the situation and etch their name into the history books by becoming champions of planet football. Opportunities like that don’t come around too often, and we rarely see an underdog get two bites of the cherry. But Croatia pays little attention to the opinion and predictions of outsiders. They are a close-knit team that knows what it’s capable of when they work together.

It may have been a widespread belief that Croatia got lucky to reach the final in Moscow, but the nation knew it deserved its silver medal. And they knew they would be back for more. Fans didn’t see it as luck but the product of many years of hard work and belief. We now find Croatia in the final four, and it would be no surprise if they were to go through and contest another final. Will they get the chance to right the wrongs of four years ago? A rematch between Croatia and France wouldn’t be the biggest surprise in Qatar, that’s for sure.

But will they achieve what was once viewed as impossible? To stand any chance of winning the trophy, the Croatians must see off Lionel Messi and his free-flowing Argentina side. Of course, no mean feat, but there isn’t the same clamber to oppose Croatia as we saw in the earlier rounds. They have hardly put a foot wrong and continue to grow in strength.

Argentina rode their luck in the quarters, sneaking through on penalties, while Croatia dispatched Brazil by the same method. Just a little more convincingly. That game ended 4-2 from the spot, Croatia knocking out the tournament’s most successful side and the pre-competition favourites with respected pundits. Having beaten the Samba Boys, this Croatian team believes 2022 is their year.

New and existing members of 22bet can bet on this match’s outcome. Which team will go through? Argentina is the favourite at 1.845, with Croatia trading at 4.88 and the draw 3.26.

Make sure to bet on Argentina v Croatia with 22Bet!