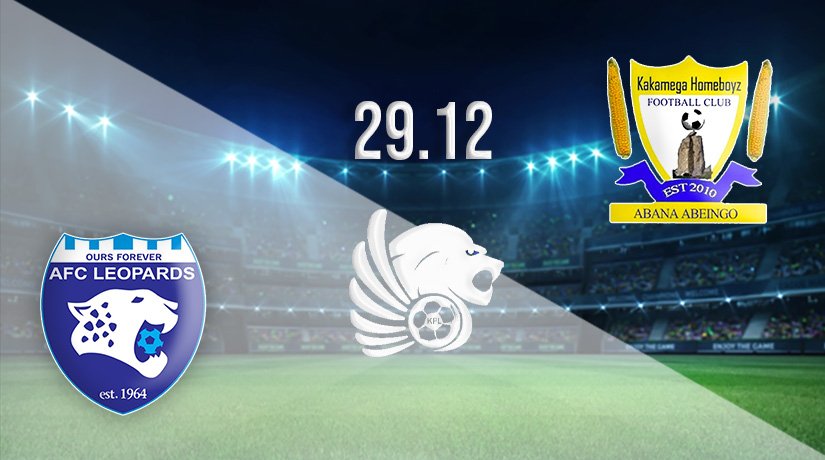 Hovering just three points away from the drop zone after 10 rounds of fixtures in the Kenyan Premier League, AFC Leopards will host league leaders Kakamega Homeboyz on Wednesday at 13:00 GMT.

The Leopards are fighting for their survival in the KPL, whereas Homeboyz will be fighting to maintain or expand their 3-point league at the top of the table ahead of KCB.

Can AFC Leopards Regain their Form and Pride to Upset the League Leaders?

AFC Leopards are teetering on the edge of the drop zone. Patrick Aussems’ side are just three points from 17th-placed Nzoia Sugar with 6 points from 10 rounds of fixtures in the KPL.

To beat the drop, Patrick Aussems needs to get his side playing with character and pride befitting the AFC Leopards name.

Having won only two matches all season, Leopards will be looking to arrest this slump on Wednesday when they come up against the flying league leaders Kakamega Homeboyz.

Can Kakamega Homeboyz Continue their Good Run of From by Piling More Misery on Leopards?

Bernard Mwalala’s side are flying at the top of the table having dropped only six points all season.

They are leading the table by three points ahead of KCB in second with 21 points and Gor Mahia in third with 18 points (albeit having played a match less than the top two).

Homeboyz are also unbeaten in five matches, which has given them a good platform to be at the top of the table after 10 rounds of KPL matches.

The Leopards have won once in the last five rounds of fixtures in the KPL. In this run, AFC have also had two draws and two losses. This means that they have collected 5 points out of the available 15.

In this run, they lost to Sofapaka (1-0) and Bidco United (1-0) away from home. The draws against Vihiga Bullets (1-1) and Talanta FC (1-1) were damaging; this is especially the case because Vihiga United are at the basement of the KPL table with only 2 points all season.

Homeboyz have collected three wins and two draws in the last five rounds of fixtures in the KPL. In this run, they have beaten Nzoia Sugar (1-0), Gor Mahia (2-1), and Tusker (1-0). The win against Gor Mahia was especially a strong statement of Homeboyz’s title credentials.

However, Homeboyz’s enthusiasm has been checked with draws against mid-table Bidco United (0-0) and the third-from-bottom side Mathare United (2-2), which showed both the competitiveness of the KPL and the need for Homeboyz to stay grounded.

AFC will have their full squad available for selection in the match against Homeboyz. This will be crucial as the Leopards seek to cause a massive upset and win points on board that will help them beat the drop this season.

Midfielder Francis Omondi is a doubt for Homeboyz’s clash with AFC Leopards on Wednesday. The combative player will be a massive miss for Bernard Malala are he seeks to retain or expand his lead at the top of the KPL table.

Defender Portipher Odhiambo is also side-lined. The defender who was voted the MVP last season sustained a knee injury in training, which has kept him from the grass since early December.

For Leopards, controlling the midfield will be important in disrupting the Homeboyz flow, and thus creating a platform of hurting them in attack and wide areas. In this regard, Brian Wanyama is the lynchpin for Leopards midfield.

Wanyama’s energy and controlling presence is essential to Leopard’s any chance of getting something from the clash with Homeboyz and salvaging their season by beating the drop and climbing up the table.

Kakamega have depended on the goals of their strikers as much as the solidity of their defenders to romp to the top of the KPL standings.

At the attacking end, Yema Mwana has been integral to the way Bernard Malala’s side play. Mwana will be central to Homeboyz’s chances of compounding the misery AFC Leopards are facing so far this season on Wednesday.

Kakamega Homeboyz are in very good form, and they will be looking to hurt AFC Leopards that lack confidence. Leopards will be ruing their luck, especially after letting slip a lead in the match against Talanta. But Homeboyz will have too much for Leopards and will take all 3 points.

Make sure to bet on AFC Leopards vs Kakamega Homeboyz with 22Bet!