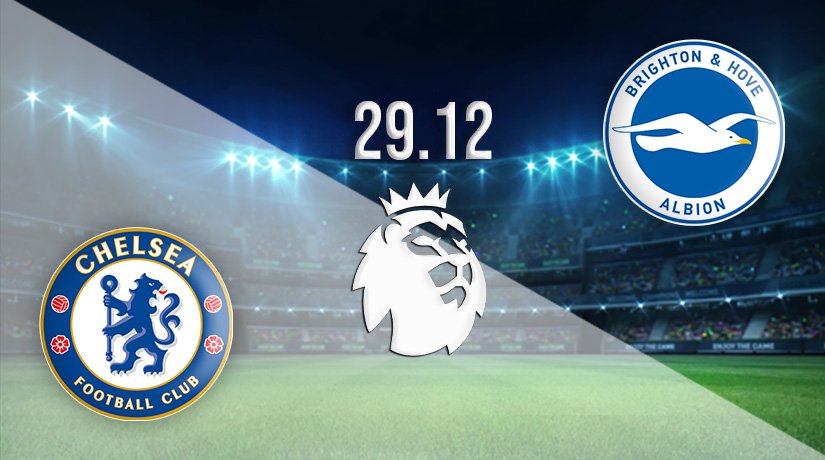 Chelsea will be intent on resurrecting their title credentials after they fell six points adrift Guardiola’s leaders; they will clash with Brighton on Wednesday at 20:30 GMT.

Can Chelsea Overcome the Injuries and Coronavirus Suspensions to Maintain their Tittle Charge?

Tuchel, the Blues’ gaffer, has had an injury nightmare at Chelsea recently. Last time out, Ngolo Kante and Thiago Silva were withdrawn with suspected injuries. Belgian striker Romelu Lukaku and England’s Callum Hudson-Odoi have just re-joined training upon completion of the mandatory coronavirus isolation.

A combination of injuries and coronavirus infections has decimated the Blues playing staff. This period of injuries and quarantining of important players contributed to Chelsea’s downward drop on the table to third.

Having won at Villa Park, Tuchel will demand a performance characterized by high energy, discipline, and character against Brighton; this will allow the Blues to keep pressure on second-place Liverpool and first-placed Man City in the fight for the EPL title.

Can Brighton Regain their Early Season Form to Frustrate Chelsea?

Before the 2-0 win against Brentford on Boxing Day, Brighton looked like a side that could not buy a victory in the league.

The run of one win in 10 matches has seen Brighton fall from the high of 3rd on the table at one point to their current 9th position.

Graham Potter will ensure his side put behind them the barren run they faced, and that they can put a run together to climb up the log into the European places.

Chelsea’s form has suffered in recent matches. Tuchel’s side have had a run of 3 wins, 2 draws, and 1 loss, in the last six rounds of fixtures. In this period, they have hauled 11 points and dropped 7 in the process.

Chelsea’s home form over the last rounds of fixtures in the league has seen the Blues drop 6 points with 3 draws and 3 wins. The three draws were especially damaging for Tuchel’s side in their fight for the title.

Potter’s side have a solitary triumph in the last six league outings. They have hauled 5 points out of the available 18.

Brighton’s last six away matches have seen a return of 5 stalemates and 1 reverse.

Graham Potter’s men need to find a way to turn their draws into wins to enhance their position in the EPL standings.

Attacking midfielder Kai Havertz and forward Timo Werner are both doubts for the Brighton match because of Covid-19.

Defender Thiago Silva and midfielder Ngolo Kante were withdrawn from the Aston Villa match due to injury; they will be major doubts for the match on Wednesday at Stamford Bridge.

Graham Potter has three main doubts for the match against Chelsea after positive tests for Covid-19; these include central midfielder Pascal Grob, center-forward Neal Maupay, and goalkeeper Jason Steele.

Brighton also face other fitness issues and injuries in the squad. Defensive midfielder Tudor Baluta is out with an unknown injury. Steven Alzate (ankle), Danny Welbeck (hamstring), Lewis Dunk (knee), and Adam Webster (calf), are all unavailable for selection for the upcoming match against Chelsea.

Lukaku demonstrated some of Chelsea’s struggles in attack in recent matches a rampaging performance against Aston Villa.

With the Belgian international finally fit and having shaken off the coronavirus, he will be the main man for Chelsea on Wednesday.

Maupay has 7 goals in 16 appearances for Brighton this season. If the Seagulls are to return to winning form, an in form Maupay will be instrumental.

Coming up against Chelsea’s typically mean defense, Maupay will play a leading role in offering Brighton an attacking threat to trouble the Blues.

Expect Chelsea to dominate the ball, press the Seagulls, and try to force mistakes. Brighton will seek to pressure Chelsea when in possession and disrupt their rhythm.

With the return of some of their spine, Chelsea are gradually getting to full strength, and they are showing signs of good form; the Blues will win.

Make sure to bet on Chelsea vs Brighton with 22Bet!