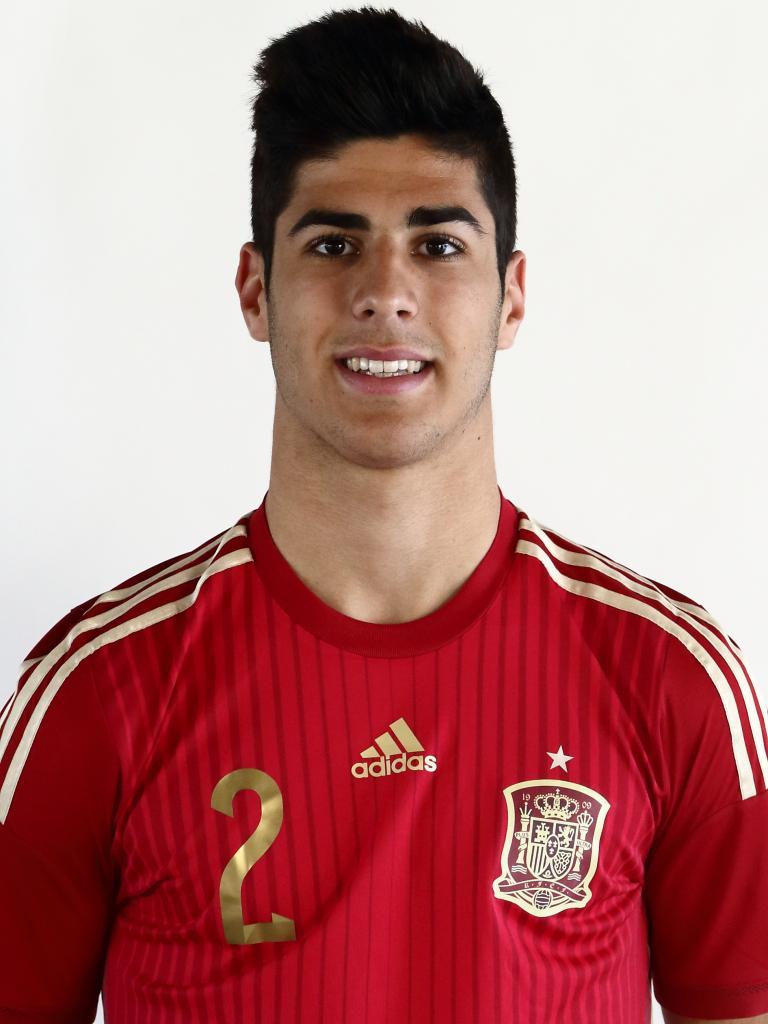 Marco Asensio Willemsen (born 21 January 1996) is a Spanish professional footballer who plays as a winger and attacking midfielder for Real Madrid and the Spain national team. After starting out at Mallorca, he signed with Real Madrid in November 2014, being consecutively loaned to his former club as well as Espanyol. Upon his return, he went on to win several honours, including two Champions League trophies. Asensio made his senior debut for Spain in 2016. He represented the nation at the 2018 World Cup.

Asensio’s father, Gilberto (a Basque who spent his childhood in Essen, Germany), was also a footballer. Also an attacking midfielder, he represented Barakaldo CF as a youth; his elder brother Igor played for Platges de Calvià, as a defender. Asensio’s goal celebration in the 2017 Champions League final was dedicated to his family: “I told them that if I scored then I’d run to where they were. I knew where they were and this is what I did.”

After being scouted by Real Madrid and FC Barcelona, Asensio made his senior debut with Mallorca’s reserves in the 2013–14 season in Tercera División, despite still being a junior; he made his first competitive appearance for the first team on 27 October 2013, playing the last six minutes in a 1–3 away loss against Recreativo de Huelva for the Segunda División. Again from the bench, Asensio played the last six minutes in a 0–0 home draw against CD Lugo. After impressing in his first games, he was promoted to the first team by manager José Luis Oltra. Asensio scored his first professional goal on 16 March 2014, netting the first in a 2–0 home win over CD Tenerife. He was made a starter under new coach Valeri Karpin, scoring against CA Osasuna, Deportivo Alavés and UE Llagostera within a month.

On 24 November 2014, Real Madrid reached an agreement in principle to sign Asensio. 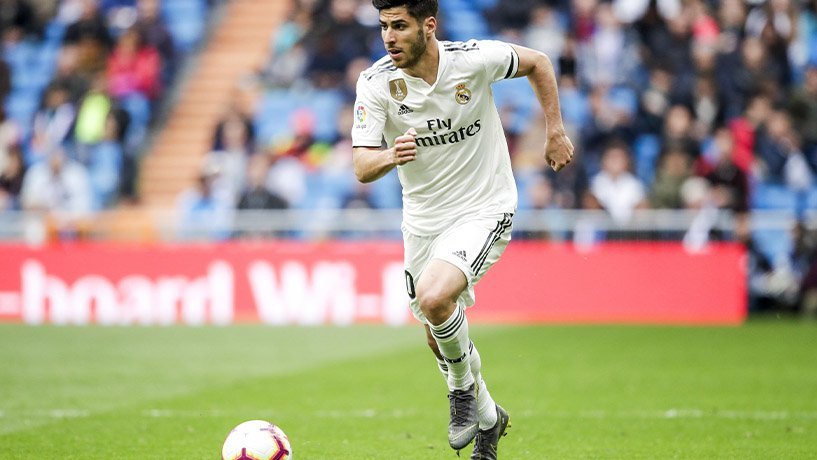 On 5 December the deal was officially announced, with the player (who had been a supporter of the club as a child) signing a six-year deal for a €3.9 million fee and remaining with the Bermellones on loan until the end of the campaign. According to the Real Madrid’s president Florentino Pérez, the spanish tennis player Rafael Nadal played a crucial role in the transfer of Marco Asensio to Real Madrid. On 20 August 2015, after making the whole pre-season with Real Madrid, Asensio was loaned to RCD Espanyol in La Liga. He played his first game in the competition on 19 September, featuring 86 minutes in a 3–2 success at Real Sociedad, and he ended his spell at the Estadi Cornellà-El Prat with 12 overall assists. Returning to the Santiago Bernabéu Stadium for 2016–17, Asensio’s first competitive appearance took place on 9 August, as he played the full 120 minutes and scored through a 25-meter effort in a 3–2 win against fellow Spaniards Sevilla FC in the UEFA Super Cup. He made his first league start 12 days later, netting the second goal in a 3–0 success at Real Sociedad. Asensio featured 23 times over his first season, scoring three times as the club won the national championship for the first time since 2012. He added as many goals in that year’s UEFA Champions League, including one in the final against Juventus F.C. (4–1) to give the Spaniards their 12th title in the latter competition. Asensio scored his first goal of the 2017–18 season with a 25-yard finish in a 3–1 win over Barcelona at the Camp Nou, for the Supercopa de España, He repeated the feat with a similarly spectacular effort in the second leg, in a 5–1 aggregate triumph. On 28 September 2017, Asensio extended his contract until 2023. On 18 February 2018, in a match where he contributed with a brace to a 5–3 away win over Real Betis, he scored Real Madrid’s 6,000th goal in the Spanish top division. Asensio made 11 appearances while scoring one goal during the 2017–18 Champions League, and the club won its third consecutive and 13th overall title in the competition.

Being of both Dutch and Spanish descent, he chose to represent Spain although he received invitation from the Royal Dutch Football Association. After being a regular for Spain at youth level, Asensio made his debut for the under-21 team on 26 March 2015, coming on as a late substitute for goalscorer Gerard Deulofeu in a 2–0 friendly win over Norway in Cartagena. In July, he was part of the victorious under-19 side at the UEFA European Championship in Greece, where he scored both goals in a semi-final victory over France in Katerini, in the 88th minute and in added time. On 17 May 2016, Asensio and Espanyol teammate Pau López were called up to the full side for a friendly against Bosnia and Herzegovina. He made his debut on the 29th, starting in the 3–1 win in Switzerland. Selected in the squad for the 2017 European Under-21 Championship by manager Albert Celades, Asensio scored a hat-trick in his debut in the competition, helping to a 5–0 group stage routing of Macedonia. Back with the seniors, he was included in Julen Lopetegui’s squad for the 2018 FIFA World Cup, making his debut in the competition on 20 June by replacing Real Madrid teammate Lucas Vázquez for the final ten minutes of the 1–0 group stage win against Iran. Asensio scored his first goal for Spain on 11 September 2018, playing the entire 6–0 home rout of Croatia for the UEFA Nations League and also being directly involved in the play that led to Lovre Kalinić’s own goal.