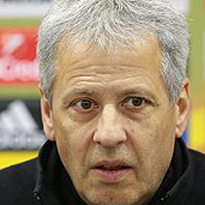 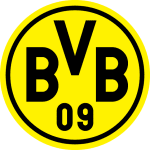 Lucien Favre is a Swiss football manager and former footballer. He is the head coach of German club Borussia Dortmund. Favre was a playmaker for various Swiss and French clubs, the longest for Servette, with whom he also won the championship. As a manager, he won the Swiss Cup and the Swiss championship with Servette and Zürich. In Germany, Favre also managed Hertha BSC and Borussia Mönchengladbach.