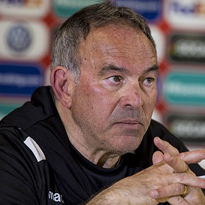 Franco Varrella (born January 25, 1953) is an Italian former football player turned football manager. He is currently the manager of the San Marino national football team. His short playing career seen spells at Juventus at youth level before finishing up at Rimini.

He was appointed manager of the San Marino national football team in January 2018.