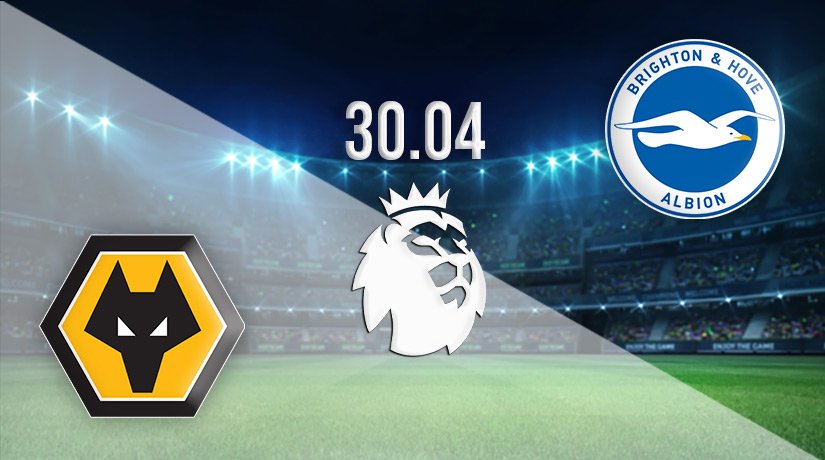 There is an interesting fixture in the Premier League on Saturday, as Wolverhampton Wanderers will be looking to keep their slim hopes of a European finish alive with victory against Brighton.

Wolves still have an excellent chance to finish in a European position this term, as they sit just three points behind West Ham United and five behind Manchester United. The side from the Black Country still have a game in hand over both their nearest rivals, and victory on Saturday will certainly ensure that their chances of at least a Europa Conference League finish remain alive.

Wolves have been very disappointing over recent weeks, as they have lost three of their last four games, which includes the back-to-back defeats that they have suffered in their previous two. Their latest defeat came at Turf Moor on Sunday afternoon, as they were beaten 1-0 by Burnley. Wolves conceded the only goal of the game with half an hour remaining, and managed to record just four shots on target. Their season is in danger of petering out.

Brighton certainly look to be in a similar position to Wolves based on previous performances, as their campaign is also petering out with just four games remaining. Their safety is already assured, and they can’t make it into the European places. The Seagulls have won two of their previous four, and have lost just once in their last five.

Brighton played out a very exciting game in their previous fixture, as they drew 2-2 against Southampton. The Seagulls were ahead 2-0 in that fixture, but a brace from James Ward-Prowse denied Brighton maximum points. Another eventful game could be likely this weekend, as Brighton will be able to play without any pressure.

Wolves vs Brighton Head to Head

This fixture could go in either direction, as both sides look to have settled with their current league positions. Due to the number of draws in recent meetings between Brighton and Wolves, that could be an interesting betting angle for this fixture on Saturday.

Make sure to bet on Wolves vs Brighton with 22Bet!