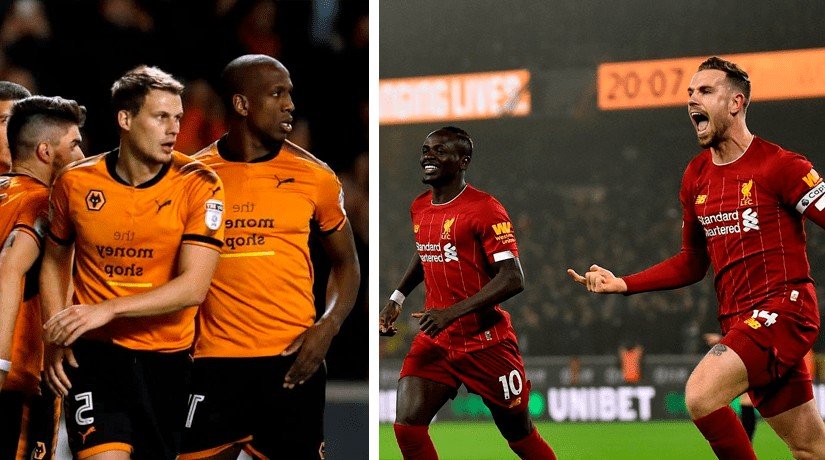 Wolves lost 1-2 to Liverpool in an absolute thriller that had us on the edge of our seats for 90 minutes on Thursday night.

What a time to be alive. Liverpool traveled to Molineux Stadium for what we all thought was going to be a routine win for the “probable” champions but turned into a surprisingly superior, equal-sided Premier League clash.

The tempo shot off in gripping style and before we knew it the visitors were one up, thanks to Jordan Henderson’s shoulder-goal from a corner just 8 minutes after kick-off.

(Short side note here: Henderson IS OFFICIALLY AWESOME and Liverpool fans have only Jurgen Klopp to thank for that.)

Always leading from the front

Wolverhampton’s second-half goal was a fast-paced effort by Jimenez, whose powerful header flew past Alisson. The strike has ended a run of 725 minutes without conceding a Premier League goal for Liverpool since Richarlison’s at Anfield exactly 50 days ago.

8 – Wolves duo Adama Traoré and Raúl Jiménez have combined for eight Premier League goals this season, more than any other partnership in the competition. Telepathy. #WOLLIV pic.twitter.com/sfm8B92v69

THESE TWO AGAIN!! RAUL WITH THE EQUALISER!!

And then, just for a while, we started to convince ourselves that Klopp’s men were not going to win this match, but … that’s just ridiculous. Roberto Firmino’s 84th-minute strike sealed the final score and took Liverpool’s insane unbeaten run to 40 games.

In other news: Klopp suffered an injury loss when Sadio Mane asked to be swapped in the first half, which could mean an extended spell on the sidelines for the Senegalese international. Something bad for something good? Mane’s exit from the pitch gave Liverpool newcomer Takumi Minamino his Premier League debut, and let’s just say, performance and quality-wise he fit right in.

And let’s just give it up for Wolverhampton! Not many ‘underdogs’ can handle Liverpool’s overwhelming dominance this season. But resilient Wolves kept pressing until the very last moment, they even had a beautiful chance for an equalizer in injury time, and for that, they should be praised.

(Special shout out to Adama Traore for another brilliant game.)

That’s it from Part Two of matchweek 24 of the Premier League season! See you this Thursday for Wolves versus Liverpool match. Make sure to bet with 22Bet!