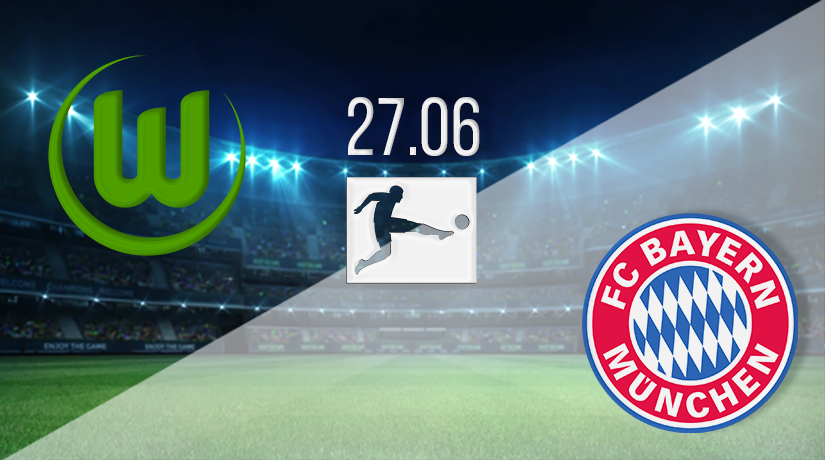 The Bundesliga champions will end their season with a game on the road against Wolfsburg. Both sides will be playing in European competition next season, which means fans will be expecting an entertaining fixture between two high-quality sides.

Bayern Munich have been in scintillating form throughout the second half of the season as they have dropped just two points in the Bundesliga in 2020. Their attentions are set to switch towards the Champions League which will be resuming in August, which means this could be a much-changed Bayern side in order to prevent many of the biggest stars picking up injuries.

Bayern won the league a few weeks ago with a 1-0 win over Werder Bremen, and since then they have also picked up a win against Freiburg. Robert Lewandowski scored a brace in that 3-1 victory, while Joshua Kimmich opened the scoring. Bayern also have the DFB-Pokal final to look forward to next weekend as they come up against Bayer Leverkusen.

Wolfsburg have been able to get over the line in their hunt for Europa League qualification this season, despite only winning two of their previous five games in the Bundesliga. They could yet finish in seventh place depending on how Hoffenheim get on, which means they will be keen to get something from this fixture to ensure that they don’t have to qualify for the Europa League group stages at the beginning on next season.

Wolfsburg have won just once in their previous three, with that success coming in their last Bundesliga match against Schalke. Wout Weghorst scored a brace in that victory, while Kevin Mbabu and Joao Victor also got on the scoresheet. However, this will be a much bigger test.

The head to head record between the sides would point to a clear win for Bayern Munich, as the champions haven’t lost against Wolfsburg since 2015. Bayern have won eight of the previous nine meetings between the sides, which includes a 6-0 win last season. Bayern won the match earlier in the season 2-0.

This may be an entertaining fixture, but Wolfsburg will have to produce one of their best performances of the season to get anything from the game. Bayern will warm up for their cup final next weekend with a comfortable win on the road in this fixture.