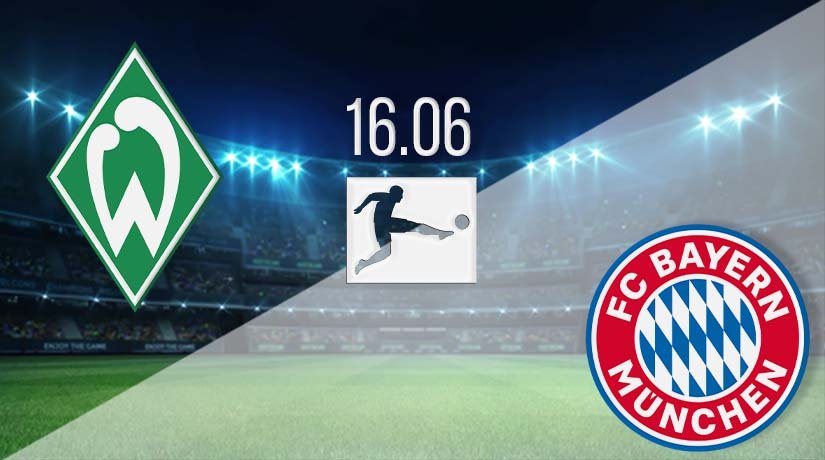 Bayern Munich are on the verge of winning the Bundesliga title and need to just more win from their remaining three league games to secure it. Meanwhile, Werder Bremen will be looking to ruin Bayern’s party with a victory in this fixture, but they are the outsiders to get anything from the clash.

Bayern Munich have been in incredible form since the restart, and their title win has looked like a formality. They hold a seven-point lead over Borussia Dortmund, and a win this week will see them crowned Bundesliga champions for the eighth successive season. They have won all their previous six games in the Bundesliga, which has included victories over Borussia Dortmund, Bayer Leverkusen, and most recently, Borussia Monchengladbach.

Bayern were without Thomas Muller and Robert Lewandowski in that success over Monchengladbach, but were still able to get the win as Leon Goretzka scored in the final two minutes. Bayern have been incredible in front of goal this season as they have scored 92 goals. They have won a league-best total of 23 games, and it isn’t hard to see the 24th win of the season coming on Tuesday night.

This past weekend was pivotal round for the battle to avoid relegation, as Werder Bremen moved level on points with Fortuna Dusseldorf. Bremen have won three of their previous six, and have only lost twice in this run of form. Their victory last time out against Paderborn was arguably their most complete performance of the season. Werder wrapped up a 5-1 win.

Davy Klaassen scored twice, while there were also goals for Yuya Osako, Maximillian Eggestein and Niclas Fullkrug. The win means that there is only goal difference separating Werder and Fortuna now, and the difference is a solitary goal. Avoiding a big defeat will be Werder’s big goal this week.

Werder have achieved limited success in this fixture throughout their history, as they have won just four of the previous 34 games. Bayern have tasted victory on 25 occasions, while there have been five draws. The visitors this week have won the last 18 Bundesliga clashes between the two sides, including a 6-1 earlier in the season.

It is vital that Werder avoid a big defeat in this fixture, as the chances of them winning are minimal. Bayern will get the victory and the handicap market could prove lucrative for gamblers.

Make sure to bet on Werder Bremen vs Bayern Munich with 22Bet!