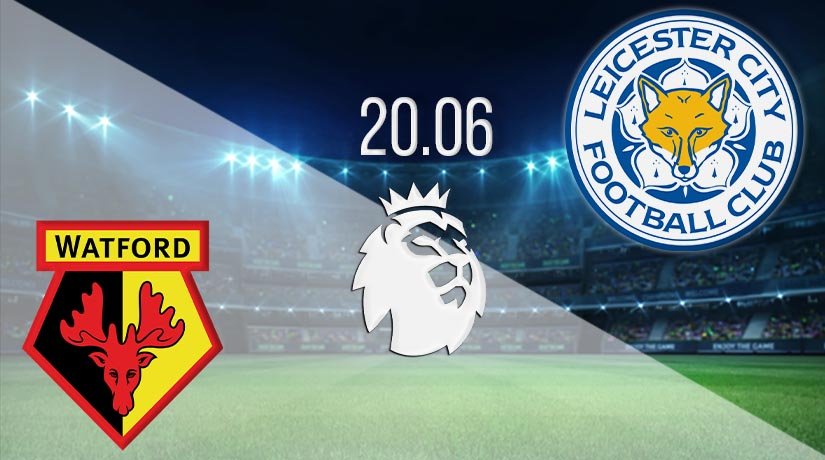 It will be a big weekend for the sides locked at the bottom of the Premier League as how they start the return to action will be pivotal in their chances of survival. Watford will be looking to get off to the perfect start as Nigel Pearson welcomes his old side to Vicarage Road.

Watford begin the restart locked in the relegation battle as they are locked level on points with Bournemouth and West Ham United. The Hornets will have to rediscover the form that they showed against Liverpool to turn their fortunes around, as there is no doubting that there is enough quality in this squad to drag themselves away from danger.

The margins are that narrow at the bottom that defeat this weekend could see them end the weekend as low as 19th. They come into this game having won one in four, while they had lost four from six before the break. Their last victory came at home against Liverpool, while their chances of survival will be boosted by the return to fitness of Troy Deeney.

Meanwhile, Leicester City look like certainties for a place in the top four this season, as they currently hold an eight lead over Manchester United. However, their form had dropped off a little before the break in play as they had won just once in five league games.

Brendan Rodgers’ side have worked tirelessly to get into this position, and they will be determined to get over the line over the final nine rounds of games. Leicester’s hopes of three points will hinge on Jamie Vardy, as he is their main attacking threat. The Englishman has already scored five goals in ten games against Watford and has only lost to the Hornets on three occasions.

Leicester City holds the advantage in the overall record between the two sides as they have won 30 times in the past. Watford have recorded 21 victories, while there have been 17 draws. The meeting earlier in the season ended in a 2-0 win for the Foxes, with Jamie Vardy and James Maddison scoring the goals.

The Hornets are in deep trouble, and they will need to raise the performance levels to drag themselves out of control. This weekend will be a testing occasion for them, and it’s likely that Vardy will score the goals to fire Leicester to a win.

Make sure to bet on Watford vs Leicester City with 22Bet!