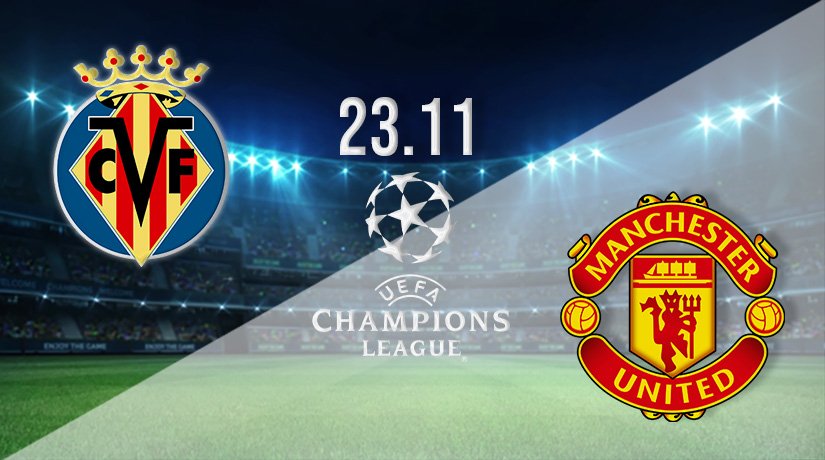 Group F is still very much in the air, with all four sides still in contention for the top two spots. Manchester United have been in the headlines this week following the dismissal of Ole Gunnar Solskjaer, but Tuesday’s game is huge for their chances of reaching the next round.

It has already been a busy week at Old Trafford, as Ole Gunnar Solskjaer lost his job following a 4-1 defeat to Watford in the Premier League. However, United’s focus must be back on the pitch this week, as they face a huge Champions League fixture away from home against Villarreal.

United must avoid defeat to ensure that they stand the best chance of qualification, as defeat could open the door for Atalanta to steal second. United are currently at the top of the Champions League group, but they are locked level on points with Villarreal, with their victory at Old Trafford a few months ago being the decisive factor between the clubs.

The Red Devils have scored fewer goals and conceded more than the Spanish giants coming into this fixture. They stole a point at the death in their last game in the competition, as Cristiano Ronaldo fired home a late equaliser against Atalanta.

Villarreal will be hoping to take advantage of the United crisis this week, as a win would put them top of the group, and on the brink of the next round of the competition. They will also be favored to top the group if they win on Tuesday, as they close their campaign against Villarreal on the final matchday.

Villarreal have both the best attacking and best defensive records in Group F, having scored nine times in four games and having allowed just five goals. They beat Young Boys 2-0 in their last Champions League outing.

Manchester United have a fine record in the Champions League against Villarreal. They are unbeaten in five games against the Spanish side. However, their only win during that run came earlier in the campaign.

The first game of the post-Solskjaer era looks to be a daunting one for the Red Devils. Villarreal will create a hostile atmosphere for United, and that home support could be pivotal against a United side that are struggling defensively. The Spanish side could run out 2-0 winners.

Make sure to bet on Villarreal vs Manchester United with 22Bet!