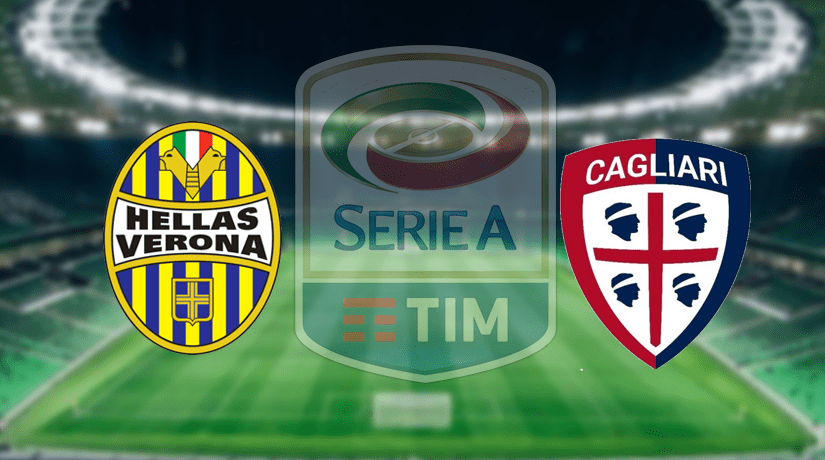 Verona vs Cagliari Prediction: Serie A Match Preview for 23.02.2020

Verona is one unusual phenomenon in Serie A this season. They are the unexpected dark horse that is currently sitting on a sixth of the tab above AC Milan and Napoli. Their discreet positive campaign stuns almost everyone, especially after they made a comeback win against Juventus. They now dare to dream for Europa League spot next season and such surely needs a constant victory.

This weekend, Ivan Juric’s men will be attempting to secure their position at least by facing off Cagliari, another surprising contender in Serie A due to their success to be on the top four earlier this season. It is definitely an entertaining clash as both seek for other maximum points.

Hellas Verona had another draw last weekend against Udinese, which is still struggling for a better position on the table. They were held in a goalless draw. Miguel Veloso and Co’s several shots on target were denied by Juan Musso, the Argentian goalie.

Meanwhile, Cagliari failed to win again last weekend while hosting Napoli. They were beaten 0-1 by a single goal from Dries Mertens. Such a result carries on their winless negative to eight games. Rolando Maran’s men are now sloping to number eleventh of the table but with only three points away from Verona.

The former Genoa boss, Ivan Juric tends to employ 3-4-1-2 with the transition to 3-4-2-1. He counts on the attacking midfielders Matteo Pessina, Mattia Zaccagni plus their new signing, Fabio Borini. His pragmatic approach relying on set pieces, rumble in the box and counter-attack seems to be effective.

Rolando Maran might employ 4-3-1-2 as usual with Giovanni Simeone as a targetman supported by Joao Pedro and the Uruguayan Gaston Perreiro if the former Belgian international, Radja Nainggolan is absent due to injuries or suspension.

Verona’s impressive form this season is mainly due to the brilliance of Ivan Juric’s tactics and a number of senior key figures in the squad, who mostly are on the defensive line such as Miguel Veloso, Salvatore Bocchetti and Marco Faraoni. Another notable one is the former Fiorentina and Sampdoria forward, Giampaolo Pazzini who has netted four goals.

In Cagliari, the current top performers are surely Radja Nainggolan, the top scorer of the club, Joao Pedro with fourteen goals and two assists and his Argentinean comrade, Giovanni Simeone with his six goals and three assists so far.

Verona’s form lately is quite in contrast to Cagliari with nine undefeated games consecutively. On the other side, Joao Pedro and Co have been winless in their eleven matches. In this clash, the host is likely to secure three points if the visitor’s side does not come up with stunning tactics that could end their thirst for victory.

Ivan Juric’s men should have all the advantages in this game. They are backed to win at 2.00, whereas Cagliari is in the win market at 3.40. The odd for the draw result is at the value of 3.85.

Make sure to bet on Verona vs Cagliari with 22Bet!