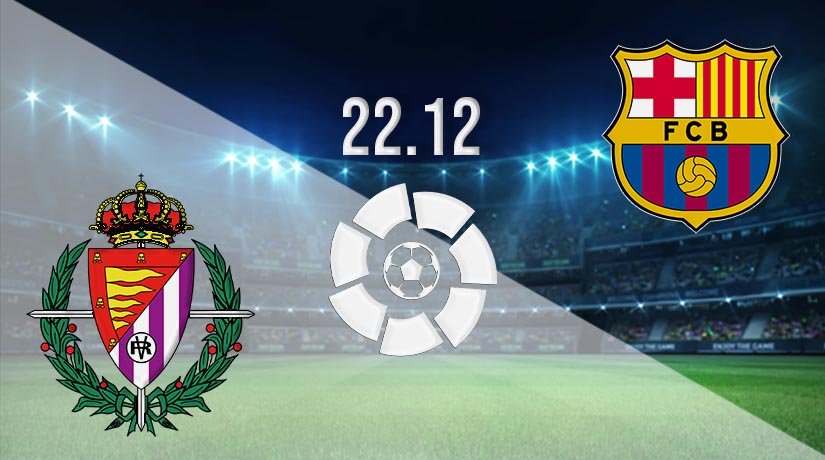 Barcelona will be hoping for a stronger showing in the second half of the season in La Liga, as they come into this pre-Christmas fixture against Valladolid in fifth place.

There has been a resurgence from Barcelona over recent weeks, but they will still face a challenge if they are to finish at the top of the league this season. Barcelona are currently eight points off the top of the league, but have been showing good form over their last three games. The Catalonian giants have won two of their previous three games, but were unable to make it three wins on the bounce in their last fixture. Barcelona were held at the weekend by Valencia. Lionel Messi equalised for the home side on that occasion, before Ronald Araujo put Barcelona in front. The league didn’t last for long, as Valencia managed to get themselves level with 20 minutes remaining. Barcelona dominated the ball in that game, and would have been bitterly disappointed that they didn’t claim the three points that their performance warranted.

Valladolid find themselves at the opposite end of the table, as they are fighting for every point that they can get. Their form certainly hasn’t been underwhelming over recent weeks, as they have lost just once in six outings. Valladolid remain in the bottom three on goal difference, and have won three of their previous six. They are also unbeaten in two La Liga outings, as they have won once and drawn once. The Spanish side were held in their last game, as they scored late to claim a 1-1 draw against Sevilla. Raul Garcia scored the late equaliser against their Champions League-chasing opponents on Saturday night.

Valladolid vs Barcelona Head To Head

Valladolid have beaten Barcelona on just one occasion in 15 attempts. That win came back in their home fixture in the 2013-14 season. Since that victory, Barcelona have won the last four games against their opponents. Barcelona have kept clean sheets in three of those four wins. The last meeting saw Barcelona run out 1-0 winners.

Valladolid have proven to be a tough team to beat in their last six matches, but this will be a completely different challenge for them this weekend. Barcelona should have the quality to get the three points on the road.

Make sure to bet on Valladolid vs Barcelona with 22Bet!