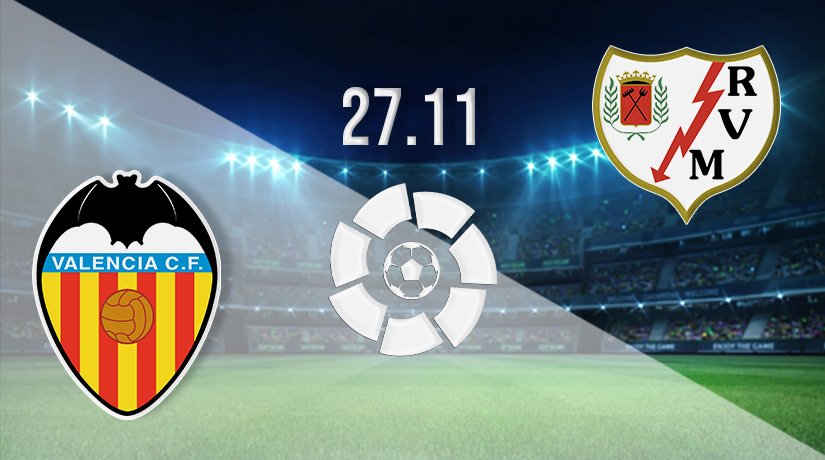 Interesting La Liga action takes place on Saturday, as Valencia will be looking to end a two game wait for a victory when they come up against Rayo Vallecano. Meanwhile, the visitors will be looking for a third win in five games.

Valencia will be hoping for improvement over the winter period in La Liga, as they are currently five points off the European places in the Spanish top-flight. They have won just one game in their previous five. Once again during this run, it has been evident that they are drawing too many fixture, as they have been held on three occasions. Half of their six draws this season have come in their previous five outings in Spain.

Valencia have also won just four times this season, which is something that they will need to address if they are to finish in a European position this season. The hosts have drawn their last two games in La Liga. They certainly would have taken some confidence from their most recent draw as they held previous leaders Real Sociedad away from home last weekend. A 0-0 draw was played out between the sides, but Valencia may have been slightly disappointed not to have got the win, as they had the better chances.

Rayo Vallecano have been one of the stories of the season in la Liga to this point, as they currently sit sixth in the standings after 14 rounds of fixtures. They have won on seven occasions already this term. Only Real Madrid, Real Sociedad and Sevilla have won more games at this stage of the campaign.

Vallecano won for a second time in four games in their last outing in Spain, as they easily secured a 3-1 win on the road against Mallorca. Sergio Guardiola Navarro and Alvaro Garcia Rivera both scored in the success.

Rayo Vallecano have done well in this fixture in recent meetings. They won 2-0 the last time that the sides came up against each other in La Liga in April 2019. Meanwhile, they have taken draws in three of the past five meetings.

Valencia have struggled for wins so far this season, while Vallecano look to be a dark horse contender for a European spot. We will give the preference to the travelling side this weekend as they look to continue their excellent start.

Make sure to bet on Valencia vs Rayo Vallecano with 22Bet!