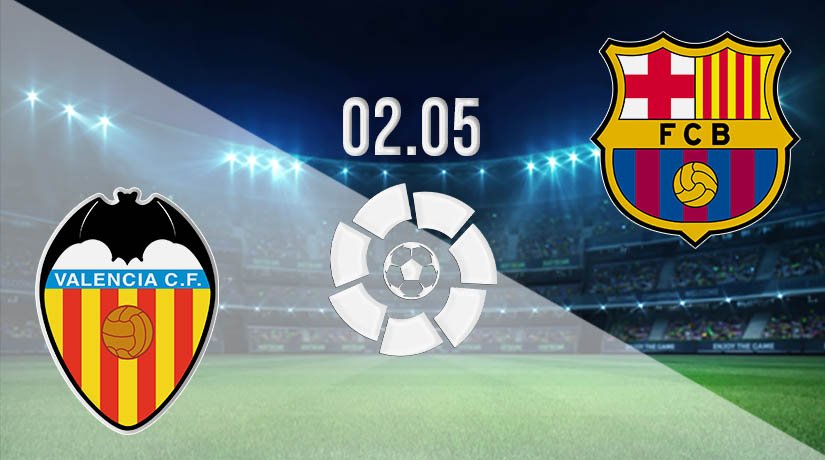 Followers of Spanish football have a fascinating match planned for Sunday when Valencia host title rivals Barcelona from 20:00 GMT. The visitors are in the running to regain the title they lost to Real Madrid late last season but know three points is a must if they are to hold off the attentions of Atletico Madrid and Real Madrid.

These teams served up a four-goal thriller when last facing off in league action. That match ended 2-2 at the Camp Nou in December with Messi and Araujo on target for Barca, matched by goals for Valencia from Diakhaby and Gomez. Neutrals hope to see another high-scoring affair, but both managers would be delighted with a boring 1-0 win.

Valencia on a winless run

Valencia started the week down in 14th and without much to play for in the remainder of this season. They are far enough clear of the relegation zone. They shouldn’t have to worry too much in the coming weeks but are well off the pace of the European spots. A midtable finish is the best they can hope for, and that remains a possibility at this time, but they will want to get something out of this game.

The home team are winless in their last five at this level. That barren spell made up of three draws and two defeats. They were beaten 3-1 away to Osasuna recently and managed only a share of the points when hosting Alaves last Saturday, finishing 1-1.

Barca in the mix

Barcelona saw the title slip through their fingers last season when Real Madrid won La Liga in the dying matches of the campaign. It was an unfortunate result to take for all concerned, but the club didn’t exactly come out fighting this season. They have struggled to find the consistency needed until recently but are now in the mix to win La Liga.

Barca is involved in a three-horse race with Atletico Madrid and Real Madrid to win the league. The last few games of the season will be engaging with little between the front runners. It will be a case of which team will hold their nerve. Barcelona fans hope they avoid a repeat of the summer when collapsing late.

This is a meeting of two very different teams. Valencia has little to play for in the coming games and is stuck on a terrible run of form. Barcelona is the form team of the division at the minute and is battling to win the league.

This game means more to Barca, and that could show in the final result. However, all the pressure is on the away team, which allows Valencia to relax, enjoy the occasion, and try to knock their opponents off their stride. Valencia can’t win the league, but they can have a major say in which team does.

Make sure to bet on Valencia vs Barcelona with 22Bet!