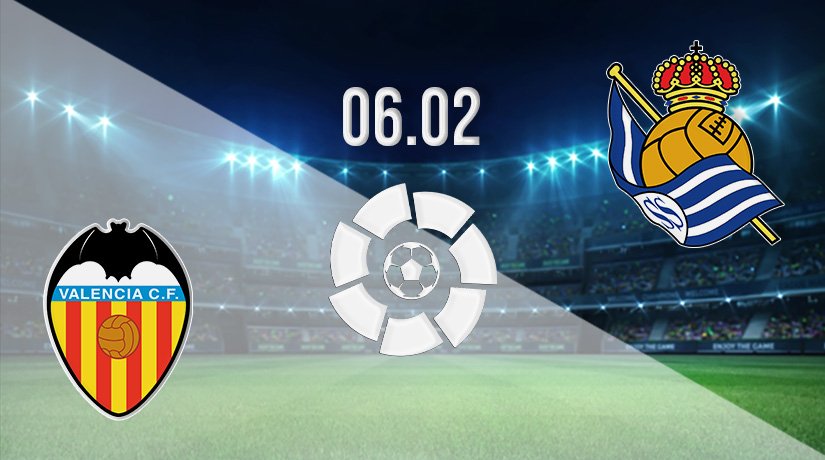 This weekend’s La Liga schedule is spread across Friday, Saturday, Sunday, and Monday, with many of the most exciting matches set to be shown live on television. One of the weekend’s main attractions and the fixture that caught the eye of our football writers pairs Valencia and Real Sociedad from 13:00 GMT on Sunday. This game brings the curtain up on a four-match programme on the day and is expected to set the standard for what follows as both teams go in search of a win and three much-needed points.

The home team are stuck on a miserable winless run that has dogged their winter and saw them make a poor start to the year. They are down in midtable with time running out for the club to rescue the season and drive themselves to the European spots. Real Sociedad are four places higher on the ladder than their hosts and have a great chance to secure Europa League football for next term. To achieve that, they must continue their decent form after going on a three-game unbeaten run.

These teams have met many times on La Liga action and have played out some gripping contests. Followers of the stats may be interested to know that Valencia and Sociedad have drawn each of their last two meetings and four of their last six. Another draw wouldn’t do much to aid the home team, but it would be viewed as a decent effort after losing three of their last four league games, drawing the spare. Will the rivals produce another stalemate, or can one side grab their opportunity to collect all three points?

Valencia is winless in four

Valencia set up for this home match sitting down in 10th place in La Liga with their dreams of securing a European finish fading fast. The locals are without a win in their last four at this level, taking just one of the last dozen points available. Three defeats and a draw has knocked confidence at the club, and they must look to find the improvement needed to rescue the campaign after falling to another defeat last time out. The pressure is on this Valencia side to help keep things interesting for the fans heading into spring.

The hosts bring season stats of seven and eight draws against seven defeats, with 35 goals scored against 36 conceded. On closer inspection of those numbers, we see that Valencia has found the net more times than Sevilla, who are currently in second, but the problems lie in their defence. The home team backline has leaked more goals than Alaves, who are second from the bottom of the table. Only one of the bottom three teams in La Liga has a worse goals against tally than Valencia. That’s a problem that requires a quick solution.

We last saw Valencia in action when sinking to another defeat at current champions Atletico Madrid, who snuck a 3-2 victory at home. Atletico is unlikely to retain their trophy this season, but they did grab a vital three points in the race for a top-four finish. Valencia pushed them hard with goals from Musah and Duro, but a stoppage-time winner for the champions was enough to secure a dramatic finish and the critical win.

Real Sociedad travel for this away match with a spring in their step and the confidence from going unbeaten in their last three games. The visitors are sixth in the table and can be found hanging on to that last Europa League slot. Holding their ground between now and the finish line will be the team’s number one priority for the remainder of this campaign. Still, improvement is also an option with Sociedad within touching distance of the top four and the Champions League places. Could Real Sociedad gate crash the party? It’s certainly a possibility.

Sociedad carry stats of nine wins and seven draws against five defeats with 22 goals scored and 21 conceded. They are one of the lowest scorers in the league at present, having found the net just once more than bottom club Levante and boosting that attack is a must. If Real Sociedad is to have any chance of competing for the European places, they must find their form in attack. At the opposite end of the pitch, Sociedad has conceded just one more goal than league leaders and La Liga title favourites Real Madrid.

The away team have drawn two and won one of their last three with the spare a surprising 2-0 home victory over current champions Atletico Madrid last month. Januzaj scored the opening goal of that game when finding the net on 33 minutes before Sorloth added a second shortly after the interval. That win was followed by a goalless draw when hosting Getafe last week. They had the chances to win that match but had to settle for a point after those same attacking problems surfaced.

The pressure is on both teams to win here for different reasons. Valencia is eager to snap their poor run of form and help get their season back on track. To stand any chance of achieving that, they must show drastic improvement on what we’ve seen from them recently. Do they have the skills and character to grab a crucial win? It’s dangerous to write a team like Valencia off as they have plenty of experience in this situation.

Real Sociedad know they are in a fantastic position, but they haven’t achieved anything yet. Their season could go one of two ways. They are just two points behind Atletico Madrid and a place in the top four but are three points better than Athletic Bilbao, who are ninth in the table. Results in winter will have a huge say in what they’ll be playing for come spring.

The pre-match betting odds available at 22bet on this La Liga match has Valencia at 2.67 for the home win. Real Sociedad can be backed at 2.744 for an away win while the draw is 3.185.

Make sure to bet on Valencia v Real Sociedad with 22Bet!