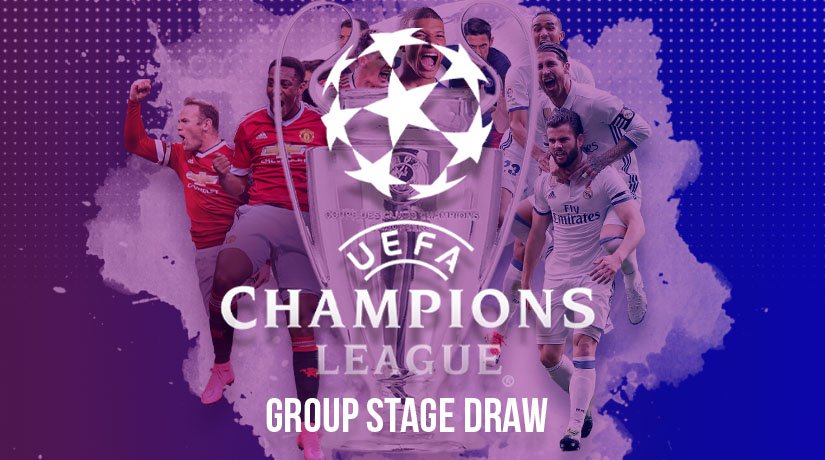 The draw for the group stages of the Champions League were made this week, which means that the biggest teams in Europe now know the opponents that they must overcome to reach the knockout rounds. But, which teams will be most pleased with their draw?

There will be two clear favourites in the betting to progress from Group A, as Bayern Munich and Atletico Madrid are the top two seed. Bayern were crowned champions of Europe after success against PSG at the end of last season’s competition, while Atletico reached the quarterfinals before being beaten by RB Leipzig. Salzburg and Lokomotiv Moscow will likely be competing for third spot.

Group B could be an interesting group, with Real Madrid drawn alongside Inter Milan and Borussia Monchengladbach. Shakhtar Donetsk are the fourth team in the group. No team has won this competition more than Real, and they and Inter Milan will be the heavy favourites to progress.

Manchester City’s path to the knockout rounds looks a simple one, as they were handed a favourable draw. Pep Guardiola’s side will be looking to improve on their quarterfinal appearance last year, where they were beaten by Lyon. There will be no excuses for not qualifying from this group, as they are joined by Porto, Olympiakos and Marseille.

We will face FC Porto in Group C of the #UCL!

The European champions from 2019, Liverpool will also be happy with their draw in the group stages. They will come up against Ajax, Atalanta and Midtjylland. Ajax and Atalanta will likely be in a fight to finish in second place in the group, with Atalanta looking to improve on their quarterfinal appearance from last season.

Edouard Mendy has recently signed for Chelsea, but he will get an immediate homecoming against Rennes after the two sides were drawn against each other. Sevilla will be the main contender for the top spot in the group for the Blues. FK Krasnodar round off the group.

Borussia Dortmund will be pleased with their group, as they will be the heavy favourites to secure top-spot. Zenit St Petersberg and Lazio will likely be the two sides that will be fighting for second spot, while Club Brugge were the final team drawn in the group.

One of the biggest stories from the draw will see Cristiano Ronaldo and Lionel Messi go head to head in the group stages of the Champions League as Juventus and Barcelona were drawn in Group G. The two giants will be the teams to go through, as the other two in the group are Dynamo Kyiv and Ferencvaros.

This year’s group of death will be Group H, where three teams will be realistically fighting for two qualifying spots. Manchester United will come up against Paris Saint-Germain and RB Leipzig. Meanwhile, Istanbul Basaksehir will present competitive opponents, and a long journey for all teams in the group. This is the hardest group of all to call.