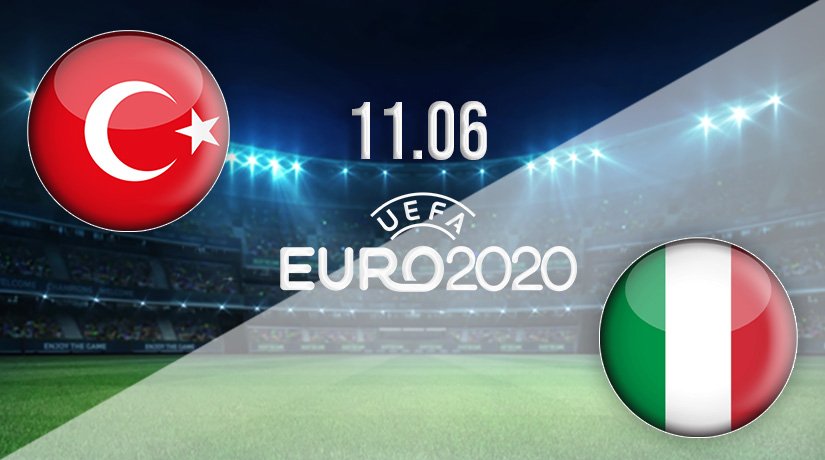 It has been five long years in the making, but on Friday evening, football fans settle down to watch the opening match of Euro 2020. Postponed last summer due to the coronavirus epidemic and resulting lockdowns of all major cities, it was feared the tournament would be cancelled. There would be a blank space in the history books, and Portugal would hold the trophy for eight years.

Those fears were laid to rest earlier this year, and the success of the vaccine rollout across Europe means fans will be in attendance at every match during 11 June and 11 July. Two impressive teams from qualifying bring the curtain up when Turkey face Italy in Group A. Armchair fans can follow the action live on live TV from 20:00 GMT.

These sides were strong in defence during the qualifiers, suggesting we are in for a tense, low-scoring match. Neutrals watching at the stadium, in fan zones and at home certainly hope not. We all hope to see a goal-fest to get things moving. Will the Turks and the Italians deliver? Our team of sports betting content writers preview the match, picking through the stats in the hope of solving the puzzle and predicting the outcome.

Turkey enter this match knowing they have never beaten Italy in competitive football despite having ten previous attempts. The head-to-head stats show seven wins for Italy and three draws, but the Turks have been edging closer and claimed a draw in each of their last two meetings with the Italians. Both games finished 1-1, and there has been no more than one goal between the sides in three games.

Turkey arrive on matchday with confidence in the camp, having gone unbeaten in each of their last six in all competitions. That purple patch is made up of four wins and two draws, and they were victories last time. Turkey warmed up for Euro 2020 with a 2-0 friendly win over Moldova on 3 June. The goals that day were scored by Burak Yilmaz and Cengiz Ünder, both in the second half. They haven’t lost a game since November last year.

The Turkish fans know beating Italy won’t be easy, but they may believe their side will never have a better chance. Forgetting the form of their opponents, Turkey must concentrate on the positives of their own results and what they bring to the table. They are expected to lose this match by most football fans, but one thing’s for sure, they won’t be easily beaten on what will be a famous night for the team and the entire nation.

Italy have flown under the radar on the approach to Euro 2020 and have been written off by many pundits, experts and even traders. They aren’t one of the early betting favourites, as you might have expected, and that has caught the eye of value hunters. Italy were strong during qualifying and boast one of the best defensive records during that stage. They will hope to carry that strong backline into the competition.

The Italians have an unwanted reputation of failing to deliver on the big stage, despite the quality and flair in their squad. Will this be a repeat, or will they finally show up and prove just what they are capable of. Italy haven’t lost a game in 13 matches this season. That run consists of 10 wins and three draws. Interestingly, they have won each of their last eight and haven’t conceded a goal during that period.

That clean sheet record is jaw-dropping, and supporters of Italy will say they are hitting form at exactly the right time, coming into the Euros in great shape. The truth is they have been in stunning form since losing 1-0 to Portugal in the Nations League in the summer of 2018. They don’t come any better than the Italians at defending, forcing opponents into a false sense of security and then hitting them on the counter. Expect more of that this summer.

Two teams showing great form and believing they are good enough to get off to a winning start and take an early hold of the group. That should ensure an entertaining 90 minutes for viewers, but it’s expected to be a patient match, with both managers preferring to build from the back and take advantage of any mistakes.

The fact Italy have never lost to Turkey and are unbeaten this year will give them an edge over their opponents, certainly before kick-off. The Italians will know what is expected of them and what they are capable of when all pulling in the same direction. But they’ll also be aware of the fact Turkey are no pushover. They were also strong during qualifying and are the European Championships on merit. At this stage, Turkey will fancy themselves as being good enough to progress to the competition’s knockout rounds.

Looking a little closer at the stats, we note that despite the solid defensive records of both teams, we have seen both teams score in each of the last five games involving the opponents. That’s a run that stretches back to a narrow 1-0 win for Italy in 1978.

The pre-match betting available to 22bet members makes for interesting reading, and there is over 100 pre-match and in-play betting markets available on this opener. The match winner betting has Turkey priced at odds of 8.3 to cause an early shock result and bag the three points. Italy are available at 1.49 to get off to a winning start. Fancy a third draw on the bounce for these teams? You can back it at 3.84.

As well as the match betting, there’s also an impressive list of specials attached to this fixture. You can bet on both teams to score, handicap, total goals half time/full time, correct score and plenty more. There’s something to catch the eye of all registered 22bet members looking to place a bet on this game.

Make sure to bet on Turkey vs Italy with 22Bet!