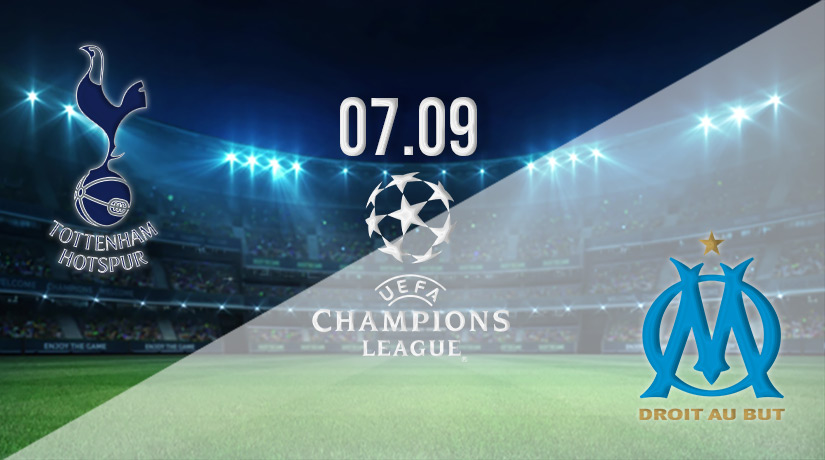 Tottenham will welcome the Champions League back to the Tottenham Hotspur Stadium when they host Marseille for their first match in Group D on Wednesday at 20:00 GMT.

Can Tottenham Make a Winning Return to the Champions League?

Antonio Conte’s men will be looking to continue their good start to the Premier League season when they welcome Marseille to the Tottenham Hotspur Stadium on Wednesday.

This match comes after their win in the London derby against Fulham, which meant that they have started the season unbeaten in six rounds of fixtures. Conte will seek to ensure that his side are ready for the match and capable of taking all the three points on offer.

Tottenham will seek to maintain their compact approach to matches with the priority being on being robust and not giving easy chances and goals to the opposition. This approach has been crucial for the team, especially when coupled with a fine attacking trio of Kane, Son, and Kulusevski.

Can Marseille Cause an Upset in the Clash with Tottenham?

Marseille are unbeaten in Ligue 1, and they have dropped just two points on their way to 16 points out of the available 18.

Igor Tudor will be looking to replicate this domestic form in their European clash with Tottenham in England on Wednesday. Tudor will prepare his team to be ready to face the fast-paced approach and physical challenges that Tottenham are likely to pose.

Therefore, Tudor will seek to maintain a solid approach with a medium press concentrating on their half. Shape and structure will be important aspects for Marseille to stop the Tottenham attack.

Emphasis will be on having a deep defensive structure to ensure that there are no spaces for the pacey Spurs attacked to exploit. Tudor will then allow his attacking players to express themselves in transitions.

With four wins and two draws in their opening six rounds of Premier League fixtures, Tottenham have collected 14 points out of the available 18. They currently sit third on the table behind league leaders Arsenal (15 points) and Man City (14 points).

After six straight matches in the English Premier League, Tottenham will be shifting their attention to the Champions League for the first time this season; the clash against Marseille will show their progress under Antonio Conte.

In their opening six matches in Ligue 1, Marseille have won five and drawn once. They have hauled 16 points out of the available 18. They currently sit second on the table, level on points with league leaders PSG but trailing them in goal difference.

In this run of six wins and draw, Marseille have scored 13 goals while conceding three. This portrays a team that is defensively sound and has an edge in attack as well.

Marseille have also kept three clean sheets out of the sic Ligue 1 outings; this is crucial for Tudor, especially when facing a Tottenham side with a sharp and rampant attacking trident.

The 29-year-old English international has scored five goals in six appearances for Tottenham this season. His storming start to the season has been central to Spurs’ brilliant and competitive beginning of the season and high position on the table.

Kane’s importance to Spurs is not just in his scoring of goals. Instead, the Englishman has morphed into one of the most important creators on the team. He can drop into midfield, link-up play with wide players, and help create chances for other attackers in the team.

Kane will be crucial for Tottenham when they face a compact and hardworking Marseille side on Wednesday.

Suarez’s link-up play with other attacking players in the Marseille set-up, such as Gerson and C. Under, has been crucial in creating chances, penetrating the opposition’s backlines, and scoring goals.

Suarez will be important for Marseille when they face Tottenham on Wednesday. His ability to press and drop into midfield to build play will be essential for the French side because Tottenham are likely to control possession and territory in this match.

Tottenham will seek to play on the front foot and dominate possession. They will press across the pitch as they implement a hard-running and high-intensity approach to the match.

Marseille will prioritize solidity in their approach. They will seek to seal off any spaces behind and between the lines that Spurs can exploit. This will be achieved through a low bloc and midfielders that will drop back to help the defense.

Tottenham will win the match and get off to a flyer in their Champions League campaign.

Make sure to bet on Tottenham vs Marseille  with 22Bet!