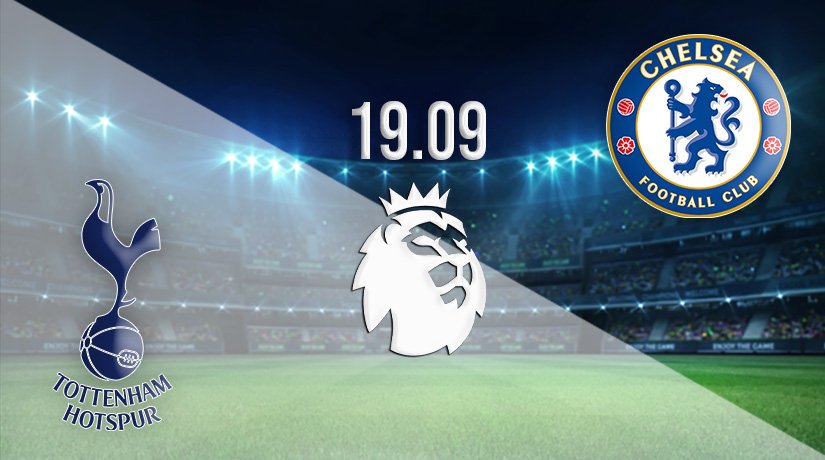 Following a midweek of European football we return to our bread and butter as the domestic action continues. A full English Premier League fixture list will be played between Friday evening and Sunday afternoon with the action getting underway at St James Park from 20:00 GMT. There’s plenty to catch your eye this weekend but the match that leapt off the page at our team of football content writers is a London derby.

Tottenham take on Chelsea and with both teams hoping to challenge for the title this season an exciting 90 minutes awaits. The stands will be full to capacity with millions more watching the action live on television from 16:30 on Sunday. Spurs have the home advantage and will be eager to make it count and bounce back from their first defeat of the season suffered last weekend. Chelsea are unbeaten so far and are level at the top with Man Utd and Liverpool.

The head-to-head stats show Spurs and the Blues have met 169 times previously with Chelsea currently sitting on 73 wins against the 54 of Tottenham and 42 draws. There was very little between the pair last season with the rivals meeting three times in league and cup business, producing two draws and a 1-0 win for Chelsea at this venue.

Following a summer of change at Tottenham the club hit the ground running, winning each of their opening three games to race to the top of the league. Nine points from a maximum nine put them in a commanding position but a strong start is one thing, holding on to it is quite another. Spurs suffered their first defeat of the season last time and that led to them dropping to sixth in the league. The fightback is on but a match against the European champions may be coming at the wrong time for Spurs. We’ll find out.

The locals enter this match with stats for the season showing three wins against one loss, scoring only three goals but conceding just three. When taking a closer look at those numbers we note Spurs have scored fewer goals than Newcastle United who started the weekend second from bottom of the league. They have also conceded more than Brentford who can be found stuck in midtable. That suggests the start has been a little overhyped by the Spurs support.

They were last seen in action picking up that defeat when going down 3-0 at another London rival in Crystal Palace. With the game locked at 0-0 the beaten team had Tanganga just before the hour mark for a second bookable offence. Palace took full advantage of the extra man, Zaha scoring a penalty before new signing Edouard netted a stunning double off the bench. It appears the Eagles have resolved their striker problems.

Chelsea won the Champions League last season when defeating Manchester City in the final against all the odds. The Blues are now eager to build on that historic success and carry their European form into the domestic campaign. Chelsea has been strong in the Premier League and seem to have improved year on year in recent campaigns but have lacked the consistency and belief to really challenge. As the current European champions, the squad will feel they have it all in place.

The visitors have certainly made a strong start to their challenge and can be found joint top of the league with 10 points on the board from a possible dozen. That tally leaves them level with current pace-setters Manchester United, who are ahead of goal difference with Liverpool behind and waiting to challenge in third. The Blues’ stats show three wins and one draw from four games with nine goals scored and one conceded. They have one of the best defences in the land at this stage, and that strong backline will be key to any challenge they make for the title this season.

The spare draw on their run came away to Liverpool in their final match of August, and they responded to that slight disappointment when getting September off to a winning start. Chelsea hammered Aston Villa 3-0 at Stamford Bridge last Saturday with the goals that day scored by Kovacic and a Lukaku double. The latter is back in town and already enjoying more success at Stamford Bridge than he did the first time. Lukaku will be an important player for the Blues this term.

This is a match involving two huge clubs from the Premier League, and armchair fans hope the game catches fire early. Followers won’t want to see an edgy, tense 90 minutes with both clubs concentrating on not losing the points rather than trying to win them. The attack of Spurs and Chelsea suggest we should be treated to our fair share of chances, and it’s up to the likes of Kane and Lukaku to take them.

Chelsea is yet to suffer the sting of defeat, but that’s not a pressure that is on Spurs any longer. The locals will be backed by the home support and can use that to take the game to Chelsea and try to break down that stubborn defence. The team that wins this match is the one that holds its nerve better when protecting their box.

The pre-match betting odds at 22bet has Tottenham priced at 4.42 to pick up three points here, or you can stick with Chelsea at 1.805. The draw is a 3.66 option if you can’t separate the neighbours and predict they will play out an even finish to share the points.

It’s not just the match winner betting that is available to 22bet members. There are also several specials, including both teams to score, total goals, handicap, correct score and more. Betting is available before kick-off and in-play. Many of the pre-match markets remain live throughout the contest, with the odds updated to keep pace with the play.

Make sure to bet on Tottenham v Chelsea with 22Bet!