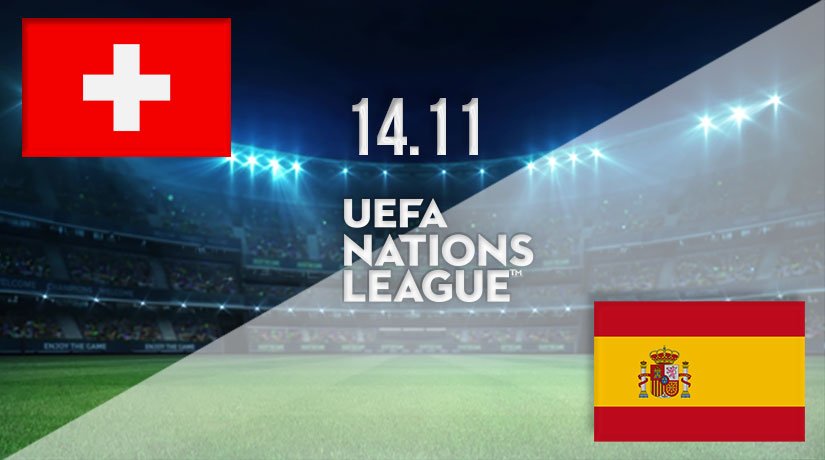 Spain will go into the final two games of the Nations League knowing that two wins from their final games will be enough to finish as the group leaders. But, could the Swiss upset the odds and get a positive result from this fixture?

Spain remain in firm control of winning Group A4, but they will be aware that they can’t afford any slip ups as Ukraine and Germany are in hot pursuit of the current leaders. Spain have a one point lead at the top of the standings at present, as they have won two of their games and drawn on one occasion so far. However, they will be looking to bounce back to winning ways after suffering their first defeat of the campaign against Ukraine last time out. Spain dominated the possession in that game and created the majority of the chances, but they failed to take any of the chances in the defeat. It’s not the easiest of finishes to this group for Spain, as they take on Germany after this fixture against Switzerland at the weekend.

Switzerland will be looking to avoid the embarrassment of being relegated from Group A of the Nations League. This season’s competition couldn’t have been more different from their experience in the previous Nations League, as they finished fourth overall in the last competition. They will need at least four points from their last two games to stand a chance at avoiding relegation, but that looks unlikely considering that they are yet to win a game in the Nations League so far this season. They have drawn twice and lost twice, with the draws that they have achieved both coming against Germany.

Switzerland vs Spain Head To Head

Switzerland have only won once against Spain in 21 meetings. Their only victory came in the group stages of the 2010 World Cup, but Spain were able to recover from that defeat to end up winning the tournament. Spain won the last fixture between the sides 1-0, while the last match in Switzerland ended in a draw back in 1988.

Switzerland have a competitive squad, and they have at least competed in the fixtures in the Nations League so far. However, Spain will be keen to finish as group winners, which means that it is difficult to see past them getting the three points that they need from this fixture.

Make sure to bet on Switzerland vs Spain with 22Bet!