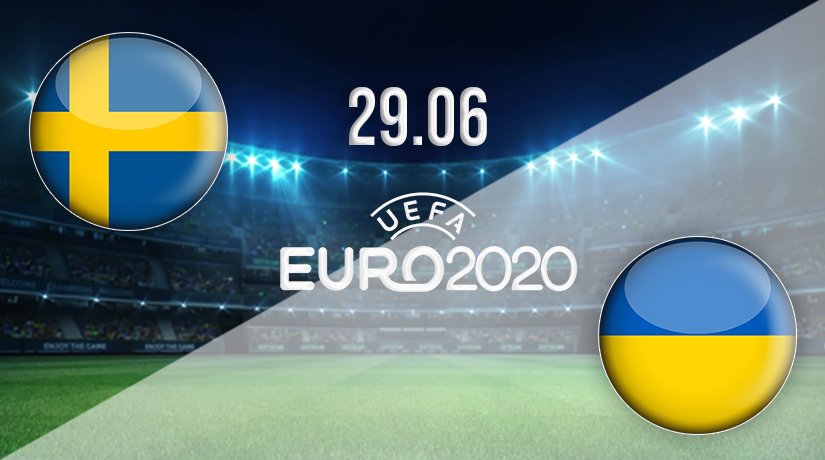 Game two on Tuesday sees Sweden take on Ukraine in a match scheduled to be shown live on television from 20:00 GMT. Neither side is rated too highly with the pundits to win this competition outright, but one will bag a place in the quarter-finals. We have already had our fair share of upsets in Euro 2020, so nothing can be taken for granted, and no team can be written off. Each of the remaining sides is capable of beating any other team on their day, and that’s what makes it so exciting.


Sweden were surprised winners of Group E despite starting as underdogs behind Spain, who were priced like losing wasn’t an option. They are now joined by a Ukrainian team that ended third in Group C and snuck through on four points behind the Netherlands and Austria. There’s all to play for in this match, with extra time and penalties available if they are required. We’ll see one team progress and keep alive their hopes of winning the trophy.

This game will be the fifth time the pair have clashed with the head-to-head stats showing two wins for Ukraine against one for Sweden and a single draw. The most recent pairing produced a 2-1 win for Ukraine in the Euros back in 2012. Interestingly, there has never been more than one goal between the sides in those previous meetings, and another hard-fought match is expected—great news for armchair fans.

After being dropped into Group E alongside Spain, Slovakia and Poland, it was expected the Swedes would have enough about them to make it through to the knockout stages of the competition. They did just that, but few pundits had them picked to move forward as winners of the pool. Sweden finished in pole position after three games with an impressive seven points on the board as well as a proud unbeaten record. They went through on merit.

Two wins and a draw made up their group stats, with the spare coming in their opening match when fighting out a goalless finish with Spain, who are the European Championship record winners on three titles. Taking confidence from a strong start, we saw Sweden improve on it to win their second match, bagging a 1-0 over Slovakia with the winning goal scored by Forsberg from the penalty spot.

Sweden had the four points minimum to progress but had scored just one goal in two games. They were out to impress on matchday three when pushing to win the league. They did that with a stunning 3-2 over Poland, thanks to goals from Claesson and a Forsberg double. The winning goal was scored with 94 minutes on the clock to hand Sweden a late victory after Poland had nicked a late leveler. A little too close for comfort.

Ukraine snuck through with three points

Ukraine are always a difficult team to get right when making predictions at major tournaments. They are capable of giving any opponent a tough night’s work on their day but have also thrown in more than their fair share of poor performances. Ukraine are a tough team to play against but an even more formidable team to bet on. How would they perform at this summer’s Euro 2020? The answer was, surprisingly well.

Ukraine were dropped into a competitive Group C with the Netherlands, Austria and North Macedonia. They claimed just three points following two defeats and a win, but that was enough to see them sneak through the backdoor as one of the best third-place finishers. Most teams needed four points to keep the dream alive, but Ukraine were handed a gift. Did they deserve to progress to the knockouts after winning three points of nine? Probably not. Did they care? Not really.

There can be no denying Sweden have been the more impressive team at Euro 2020 of the two nations involved in this match. Not only did they come through a seriously competitive group, but they did it as winners of the pool ahead of three-time champions Spain. Confidence is high in the camp, and the players will be eager to show they are genuine contenders for the trophy by reaching the quarter-finals.

Ukraine may count themselves rather lucky to be at this stage after a poor group campaign, but they are here and know the round-robin stage is behind them. This is a single game, and the winner will progress to the next phase. If Ukraine can defeat Sweden, they will take their place in the last eight teams, and that is all the incentive they need.

Past meetings of Sweden and Ukraine have been competitive, and we could see another tense and nervy 90 minutes with neither side willing to gamble, especially in the early stages of the game.

The pre-match betting on this game has Sweden priced at 2.405 to win, with Ukraine offered at odds of 3.14. The draw has been marked up as a 3.14 option. In addition to match betting, there is also a range of specials designed to catch your eye. With over 100 pre-match markets to bet on, there’s plenty to keep you busy.

Some of the most popular options available include both teams to score, total goals, handicap, half time full time, correct score, first goalscorer and more. Many of the pre-match markets remain live throughout the game, thanks to live betting. The odds are updated to reflect the score and flow of play. That allows you to place a bet at any time during the match. A gamble can be made in the final five minutes just as easily as before the fixture’s first whistle.

Our team of football content creators preview the biggest matches from Euro 2020, and you will find our articles free to follow on 22Bet. Visit the site for our take on England’s match against Germany in the other Round of 16 fixture on Tuesday.

Want to wager on other betting markets, such as BTTS, Handicap or Total Score? Make sure to bet on Sweden v Ukraine with 22Bet!