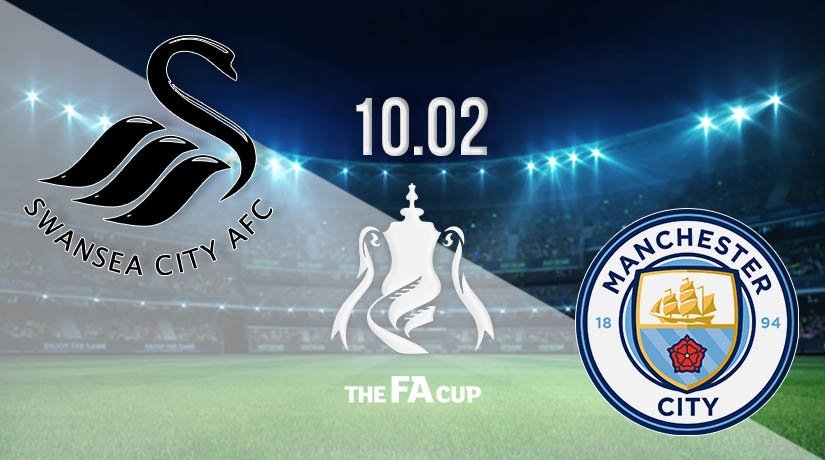 Manchester City remain in all available cup competitions at the halfway stage of the Premier League season, and their attention will turn to Swansea City in the FA Cup on Wednesday night.

Many believed that Manchester City’s domestic treble that they achieved last season wouldn’t be able to be matched by another side. However the Citizens look to be on course to repeat that feat if they can continue to make it through the FA Cup rounds. Pep Guardiola’s side are already in the final of the EFL Cup, and are clear at the top of the Premier League. Their attention to the FA Cup could be affected though when the Champions League gets underway later in the month. However, City have sailed through the first rounds of the FA Cup so far this season, as they have beaten Birmingham City and Cheltenham Town. City’s 3-1 win against Cheltenham wasn’t without its nervy parts, as they went 1-0 down in the second period. However, goals from Phil Foden, Ferran Torres and Gabriel Jesus made the scoreline look more comfortable than it was for long periods.

Swansea have been no strangers to domestic cup success in England, as they famously won the League Cup in 2013. However, since then, they have been relegated from the Premier League, and are now fighting hard to get back to the top-flight. They will be wary of the distraction that comes with the FA Cup, as they look to be in a strong position to challenge for automatic promotion this term. They are currently in third place, and just two points off the top of the table. This will be the first time that the Swans have come up against Premier League opposition in the cup this season, as they have beaten Stevenage and Nottingham Forest to reach the fifth round.

These two sides played out a thrilling FA Cup tie in the 2018-19 season, as City eventually ran out 3-2 winners. Swansea haven’t beaten City since 2012, which means that they have gone 14 without a win against their opponents this week in all competitions.

Swansea’s recent record doesn’t do their chances any good for this fixture, but stranger things have happened in the FA Cup. However, we can’t see a shock taking place on Wednesday night, as City will sail through.

Make sure to bet on Swansea vs Manchester City with 22Bet!