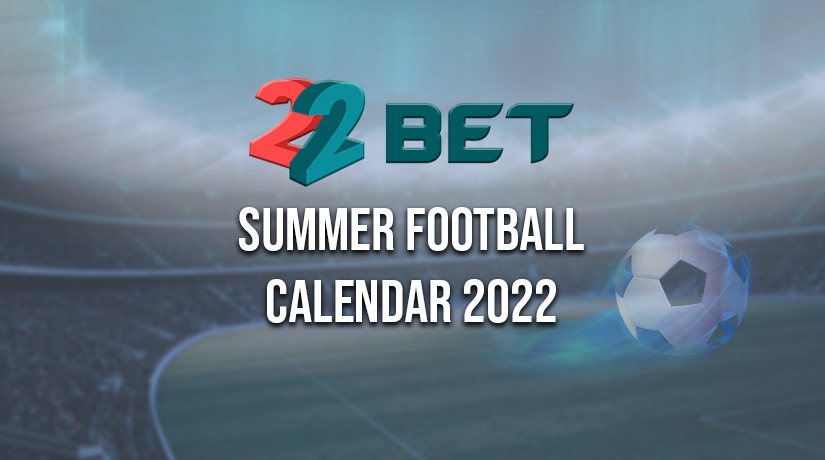 Normally, this would be the time of the year when the men’s World Cup would be taking place. Qatar’s winning bid means less football until the season resumes in August. For fans of women’s football, there will be plenty of action with the women’s World Cup taking place between 20th July and 20th August. Let’s look at where the action is expected to be!

What to Expect: The two strugglers will be facing each other with a solitary point between the 17th and 19th placed teams. With two wins in their last five, the home team will hope to get a positive result and climb up the table. Dakkada FC are in better form, having won 3 of their last five matches. They will be looking to build on that momentum. Expect a low-scoring match with Dakkada FC, the likely winners.

There will be two fixtures to determine which teams proceed to the next stage of the world’s most coveted international club tournament (UEFA Champions League).

Austria Women will be hosting Scotland Women as the visiting side prepares for the Women’s World Cup in July.

Belgium women will host Northern Ireland women in a friendly match as Bulgaria and Israel meet to decide who proceeds to the Women’s World Cup.

Winners of the two UEFA Champions League Semi-Finals will face off against each other.

There will be four women’s international friendlies as teams look to finalize their preparations for the World Cup.

In Nigeria, Match Day 35 will action-packed with ten fixtures scheduled. Stay tuned to the 22Bet blog for predictions on select matches.

The women’s World Cup preparations will continue as five international friendlies occur on this date.

Also on the schedule: Ajax faces SV Meppen in a pre-season friendly.

Only two women’s international friendlies are scheduled for this day.

A single women’s international friendly will bid goodbye to the month of June.

Start the month with some football action with two women’s international friendlies.

You will have a choice between the club and international friendlies with one women’s international match set for this day, plus two club friendlies involving Dutch giants Ajax and Feyenoord.

The NFPL in Nigeria will be action-packed, with ten matches on the schedule. We will bring you predictions from our experts on selected matches.

Also in action: Borussia Dortmund away to Luner SV in a pre-season friendly match.

The Europa Conference League will have two qualifying matches on this day.

Also on the schedule: England women will face Austria women in a European Championship match.

26 Europa Conference League qualifying matches are set to be played, plus Norway women will face Northern Ireland in the women’s European Championship.

Also in action: Arsenal will start their pre-season campaign against FC Nurnberg.

There will be two women’s European Championship matches and several club friendlies.

Action in the NFPL returns with ten matches on the card. Keep checking this blog for predictions on select matches.

Austria women will be facing Northern Ireland in the women’s European Championship.

15 UEFA Champions League qualifying matches are set for this day.

Also in action: 2 women’s European Championship matches and one qualifying match for the Europa Conference League.

Interesting match: English powerhouses Manchester United and Liverpool will be facing each other in a pre-season friendly.

There will be two women’s European Championship matches and a pre-season-friendly match between Olot and Barcelona.

Enjoy the action in the women’s European Championship with 2 scheduled matches and the Europa Conference League with 29 qualifying matches.

Two women’s European Championship matches are scheduled. Manchester United and Liverpool will be in pre-season action against Melbourne V and Crystal Palace, respectively.

There will be two women’s European Championship matches and several pre-season friendlies.

The NFPL will welcome the season’s final day with ten matches on the card. Our experts will prepare predictions for select fixtures.

Two fixtures in the women’s European Championship are set for this day.

There will be seven qualifying matches for the UEFA Champions League alongside several pre-season friendlies.

The FIFA Women’s World Cup kicks off in Australia and New Zealand. The month-long tournament will end on 20th August.

There will be a whopping 39 qualification fixtures for the Europa Conference League alongside several pre-season friendlies.

The UEFA Champions League will have 7 qualifying matches.

Enjoy the Europa Conference League action with the 38 matches scheduled for this day.

The end of the pre-season nears with the FA Community Shield between Liverpool and Manchester City on the cards. In Germany, the DFL Supercup will see RB Leipzig take on Bayern Munich.

Arsenal will also be concluding their pre-season action as they take to the pitch to face Sevilla in the Emirates Cup.

Club football will resume across Europe from 5th August when the English Premier League and the Bundesliga kick-off.