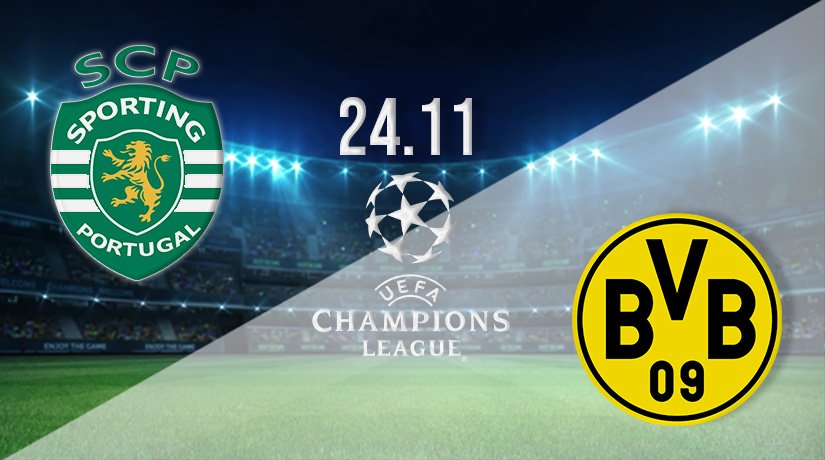 The battle to finish in the second qualification spot in Group C will go down to the final day, but the team with their destiny in their own hands will be decided on Wednesday evening, as Borussia Dortmund travel to Portugal to take on Sporting Lisbon.

Ajax have already made sure of their place in the knockout rounds, but the team that will be joining them is yet to be decided. Two teams are in the hunt for second spot, with both Sporting Lisbon and Borussia Dortmund tied on six points in the very competitive Group C.

Borussia Dortmund have the narrow advantage at this stage, as they sit in the second spot in the group. However, they are only in the position courtesy of their better head to head record against Sporting. A win for the Portuguese side could make things very nervy for the German team heading into the final round of fixtures.

Dortmund have won twice and lost twice in the group so far, with both defeats coming against Ajax in their last two games. They have conceded seven goals in total in those two defeats. They had conceded just once in their first two games.

Sporting will feel that their hopes of reaching the next round of the Champions League are still very much alive. They were beaten 1-0 by Dortmund in the first meeting between the two, which means a 1-0 win for them this week could see goal difference be the big factor to separate the two.

Should it come down to goal difference, Sporting have a very healthy advantage, as Dortmund would need a six goal swing to take second spot. Sporting have scored more goals and conceded fewer than their German opponents in Group C so far.

Sporting will need a huge performance against Dortmund this Wednesday to take the win, as they have lost each of their last three against the German giants. Aside from the defeat that they suffered earlier in the campaign, their previous two defeats also came in the Champions League group stages.

Dortmund have the advantage on the head to head record. However, Sporting have been strong in the group stages this season, and were unfortunate to lose the game between the two earlier in the season. We have a feeling that they could gain revenge with a 1-0 win here.

Make sure to bet on Sporting Lisbon vs Borussia Dortmund with 22Bet!