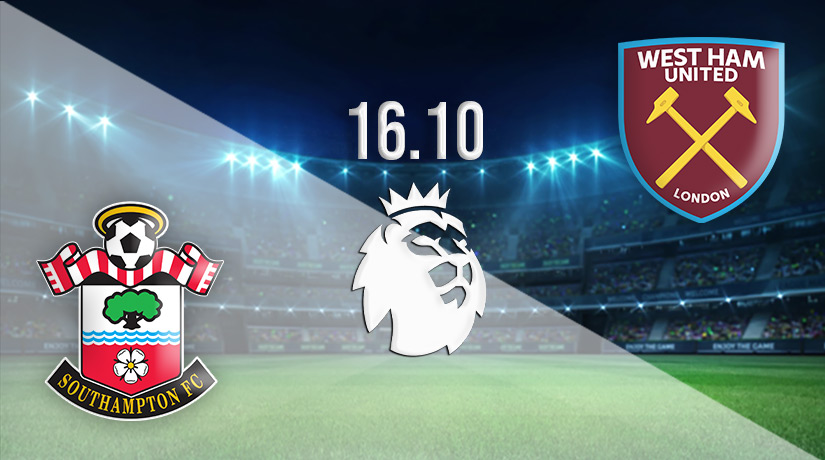 West Ham has recovered well from a slow start to the Premier League season, and they could move into the top eight this weekend with a victory against Southampton. However, the pressure will be on the home side, as they have lost each of their previous four league fixtures.

This looks set to be a massive game for Ralph Hassenhuttl this weekend, as Southampton have really struggled over recent weeks in the Premier League. The Saints currently sit 17th in the league standings, and are just a point clear of the relegation places. In the opening nine games of the season, they have only scored eight goals, and they have allowed 17.

Their recent form also looks incredibly weak coming into this round of fixtures, as they have lost each of their previous four in the Premier League, and have been beaten in five of their last six. Their latest defeat was an expected one against Manchester City, as they lost 4-0 at the Etihad. However, the Saints failed to register a single shot on target in that defeat.

West Ham have easily moved away from the bottom three places in the Premier League standings over recent weeks, and they now sit 13th in the standings. The Hammers have won their previous two games, and have been beaten just twice in their last six. Furthermore, they could move up to eighth with a victory this weekend.

The Hammers recorded a second straight victory in the league in their previous fixture, as they claimed a 3-1 home success against Fulham. A Jarrod Bowen penalty put them ahead, before second half strikes from Gianluca Scamacca and Michail Antonio sealed the victory.

Southampton won four points from six in fixtures against the Hammers last season, while they also knocked West Ham out of the FA Cup in early March. The Hammers are winless on their previous three visits to St Mary’s, with two ending in 0-0 draws.

Southampton will be looking to stop the rut this weekend, which means that we could see them line-up to ensure that they don’t get beaten. Given that two of the previous three matches between the sides have ended in draws, that could indicate a repeat result is likely this weekend.

Make sure to bet on Southampton vs West Ham with 22Bet!