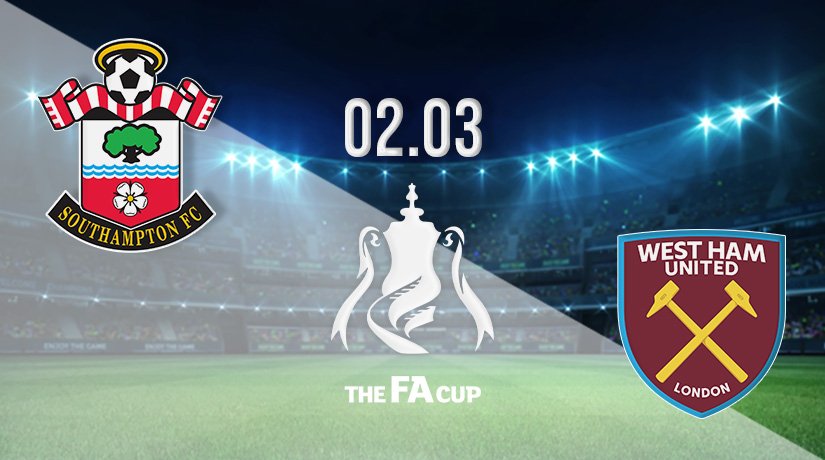 Two sides that may be considered dark horses to win the FA Cup this season clash in the fifth round on Wednesday. Southampton are looking for a first major trophy success since winning the FA Cup back in 1976, while David Moyes is hoping to guide the Hammers to a fourth success in the competition.

One of the most open ties of the round in the fifth round, is West Ham United’s visit to St Mary’s. Both Premier League sides will feel as though they have the momentum behind them to claim a victory and advance through to the quarterfinal stage of the competition this season.

It is the first time this season that the Saints have come up against Premier League opposition. In each of the previous two rounds, they have knocked out sides from the Championship.

They managed to overcome a scare in the third round to eventually see off Swansea and claim a 3-2 victory in Wales. While they were also pushed to the brink of elimination in the fourth round by Coventry City. Kyle Walker-Peters scored the winning goal in that tie with eight minutes remaining of extra time.

There is no doubt that David Moyes has done a wonderful job at West Ham United, and he would be delighted to lead the Hammers to a first success in this competition since 1980.

West Ham overcame Premier League opposition in the third round of the competition, as they beat Leeds United 2-0 at the London Stadium. However, they were hugely fortunate to reach the fifth round, as they scored at the end of normal time and extra time to beat National League outfit Kidderminster Harriers. Declan Rice scored the equalising goal, before Jarrod Bowen won the cup tie with virtually the last kick of the game.

The sides have already met on two occasions this season, with the Saints remaining unbeaten. Southampton won the most recent fixture on Boxing Day 3-2 at the London Stadium. However, the Hammers are unbeaten in six against the Saints in FA Cup fixtures.

West Ham bounced back to form with a fine 1-0 win against Wolves at the weekend. We could see them maintaining that strong return to form with a win in the FA Cup on Wednesday against the Saints.

Make sure to bet on Southampton vs West Ham United with 22Bet!