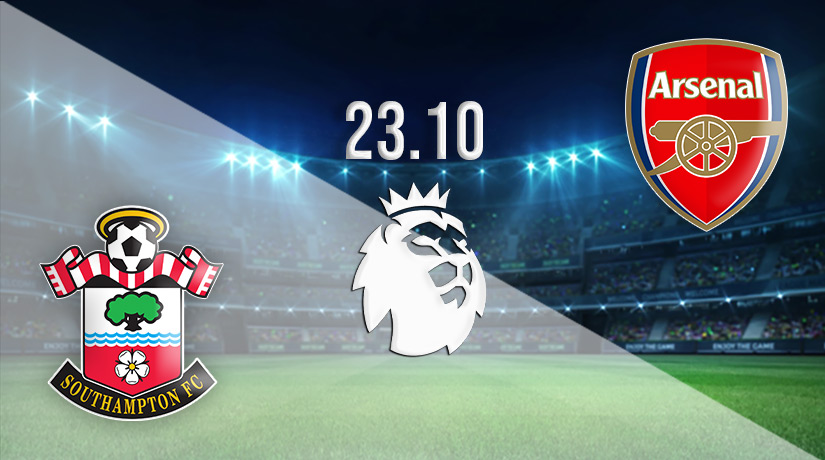 The current league leaders in the Premier League are back in action on Sunday, as Arsenal look to pick up a fifth straight victory. However, they will come up against a vibrant Southampton side, as the Saints look for a second straight win to move clear of the drop zone.

Not many experts would have predicted that Arsenal would be top of the Premier League standings after ten rounds of fixtures, but Mikel Arteta’s side do seem to have stumbled into a title race this term. At present, they sit four points clear of Manchester City after ten rounds of matches, and they have responded well since being beaten by Manchester United.

Since that defeat at Old Trafford, the Gunners have won their previous four fixtures in the Premier League. The desire that Arteta has built into this team was evident last weekend, as the Gunners battled extremely well to seal the points against Leeds United at Elland Road. The only goal of the game was scored by Bukayo Saka, and the winger is likely to be Arsenal’s main attacking outlet once again this weekend.

Southampton may have been fearing that they were going to get dragged into a relegation scrap after a poor run of form. However, those fears were eased slightly in midweek as they picked up a third victory of the season. Still, only the bottom two in the Premier League standings have lost more games in the English top-flight this season.

The Saints were good value for their victory against Bournemouth on Wednesday evening, with Che Adams scoring the only goal of the game after nine minutes. They defended very well in the second half of that fixture, and they will need that solid base once again against Arsenal this weekend.

Southampton vs Arsenal Head to Head

Southampton will be looking for a second straight win against Arsenal this weekend for the first time since 2015. However, Arsenal have won two of their previous three visits to St Mary’s since Mikel Arteta took over, with the only defeat being a 1-0 loss that was suffered last season.

This will be another big test for Arsenal this weekend, but there hasn’t been any evidence so far to suggest that they won’t pass it. Therefore, we expect the Gunners to produce another strong display, and we could see them picking up a 2-0 away win.