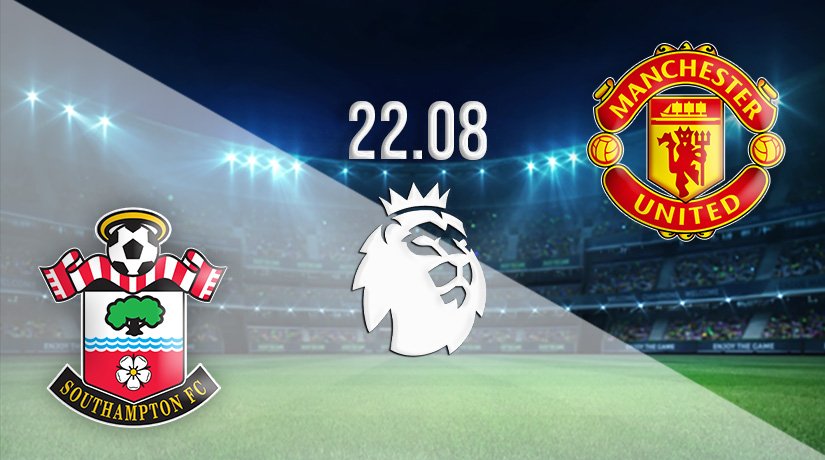 Following a midweek of UEFA qualifying games as teams battle for a place in the group stages the attention returns to domestic action. The Premier League season is now in full swing as we enter matchday two of the new campaign. There are some fascinating fixtures scheduled to be played in the top flight of English football, with games taking place on Friday, Saturday and Sunday. Fans are back inside grounds in their thousands, and the best of the weekend matches will be shown live on television.

In this article, our team of football writers preview the match at St Mary’s Stadium, where home team Southampton play Manchester United. This game is set for a 14:00 GMT kick-off on Sunday and will be the first of three games played on the day. With both clubs having reason to be confident ahead of the play, we are looking forward to a dramatic 90 minutes.

The Saints and Red Devil played twice last season in this competition, and the games were nothing short of amazing, producing a total of 14 goals. Man Utd won at this venue last November, grabbing the points thanks to a nail-biting 3-2 match with Edinson Cavani netting a 90th-minute winner. The second match at Old Trafford saw United blow the Saints way, easing to a jaw-dropping 9-0 victory. Fans of the away team would love to see a repeat performance here, but Ole Gunnar Solskjaer and his men will be happy with three points regardless of how they get it.

Southampton suffered a tough season last term when they spent too much time at the wrong end of the ladder before pulling themselves up to finish 15th. That was much lower than most fans had hoped for, with the Saints followers used to seeing their side battle for a top-half finish. Everyone connected to the club will be eager to improve on that and get back amongst the top 10 sides. To give themselves the best chance of achieving that, they must improve defensively after leaking too many goals last season.

Things didn’t go according to plan in the opening match of this campaign when Southampton were beaten 3-1 at Goodison Park by a hard-working and determined Everton side. Saints grabbed the lead in that game thanks to a goal from Scotsman Stuart Armstrong that was scored with just 22 minutes on the clock. That gave the side a lift, but they were dealt a blow when the Toffees equalised early in the second half. Southampton’s defensive worries returned, and they ended a well-beaten side as Everton continued to grow in confidence.

The match stats show Southampton finished that game with a higher percentage of the ball possession than their hosts but failed to make it count. They managed just three shots on target, scoring one, while Everton had six shots on target and found the net with three. Those fine margins are the difference between success and failure at this level.

United off to a flyer

Manchester United’s journey under Solskjaer has seen them finish third in the Premier League and then second, ending as runners up behind Manchester City last season. The Cityzens won the league at a canter with United leaving their challenge too late in the day but the signs are there to suggest the Red Devils are improving. Will their form lines go 3rd – 2nd – 1st? There’s every chance, and more respected pundits are beginning to take United’s chances seriously. We will see in what’s left of 2021 if the team has what it takes to stay on the heels of the leaders and serve up a challenge.

The visitors arrive in town with confidence sky high in the camp following victory in their opening match. They grabbed a win that sent them speeding to the top of the table, and with last season’s champions losing at Tottenham, it was the perfect start for followers of United. Will that feel-good factor remain on matchday two? There’s every chance, and Man Utd will be confident in their ability to beat Southampton and make it a perfect six points from their first two games.

They opened the show at Old Trafford with a stunning 5-1 win over Leeds United, making a mockery of what had been described as a grudge match and potentially a dangerous opening game to the season. Bruno Fernandes was the best player on the pitch, scoring three goals inside an hour of play, and he was behind everything good about his team. He will be an important player for the club this season, and Ole will be desperate to protect him during the hectic league and Champions League schedule ahead.

The pressure is on the home team to improve on what we saw from them last week. They’ll know they must tighten their defence, or this could end up a long and difficult afternoon for them, with Man Utd in the mood for more goals. The Saints have the quality to score, but question marks hang over the opposite end of the field. They are fragile and showed against Everton that it’s only a matter of time before they concede even from a winning position.

This match comes at the perfect time for Solskjaer and his team as they arrive on the back of that stunning win last weekend. Fernandes ran the show that day, and the hosts will have to be at their best to stop him from doing the same again in this game. If Man Utd score the first goal of the game and get it early, they could perform another demolition job.

22bet members betting on this fixture will find Southampton as 5.1 second favourites while Man Utd are 2.17 and the draw trades at 2.39.

Make sure to bet on Southampton v Man Utd with 22Bet!